Hailstorm predicted in parts of the national capital 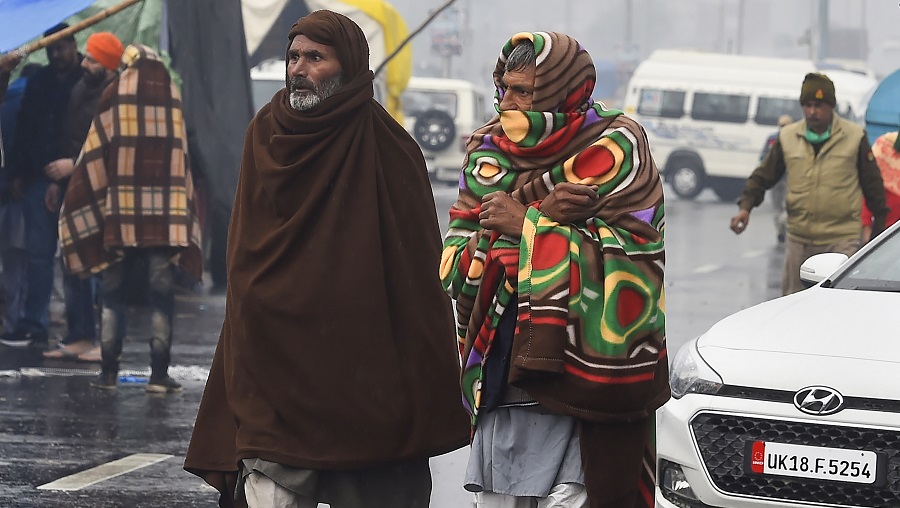 Sporadic rains lashed the national capital for the third consecutive day on Tuesday, even as the minimum temperature rose to 13.2 degrees Celsius, six notches more than normal, the India Meteorological Department said.

The Safdarjung Observatory, which provides representative data for the city, recorded 4.7 mm rainfall between 8:30 am on Monday and 8:30 am on Tuesday.

The weather stations at Palam, Lodhi Road, Ayanagar and Ridge recorded 12 mm and 4.8 mm, 8.9 mm and 6.2 mm rainfall, respectively, during the period.

The minimum temperature rose to 13.2 degrees Celsius as a result of cloud cover.

The weather department said Delhi may witness light to moderate rain, and thunderstorms with winds gusting up to 30 kmph during the day. A hailstorm is also predicted in parts of the capital.

The rains, under the influence of a strong Western Disturbance, come on the back of a 'severe" cold wave that gripped Delhi in the run-up to the New Year.

On Friday, the mercury plummeted to 1.1 degrees Celsius, the lowest in 15 years, and "very dense" fog lowered visibility to "zero" metres.

On Sunday, intense rains, thunder and lightning lashed the city. The Safdarjung Observatory recorded 39.9 mm rainfall between 8:30 am on Saturday and 2:30 pm on Sunday.

The WD is causing widespread snowfall in the hills. Once it withdraws, the mercury will fall again to 4 to 5 degrees Celsius, the official said.