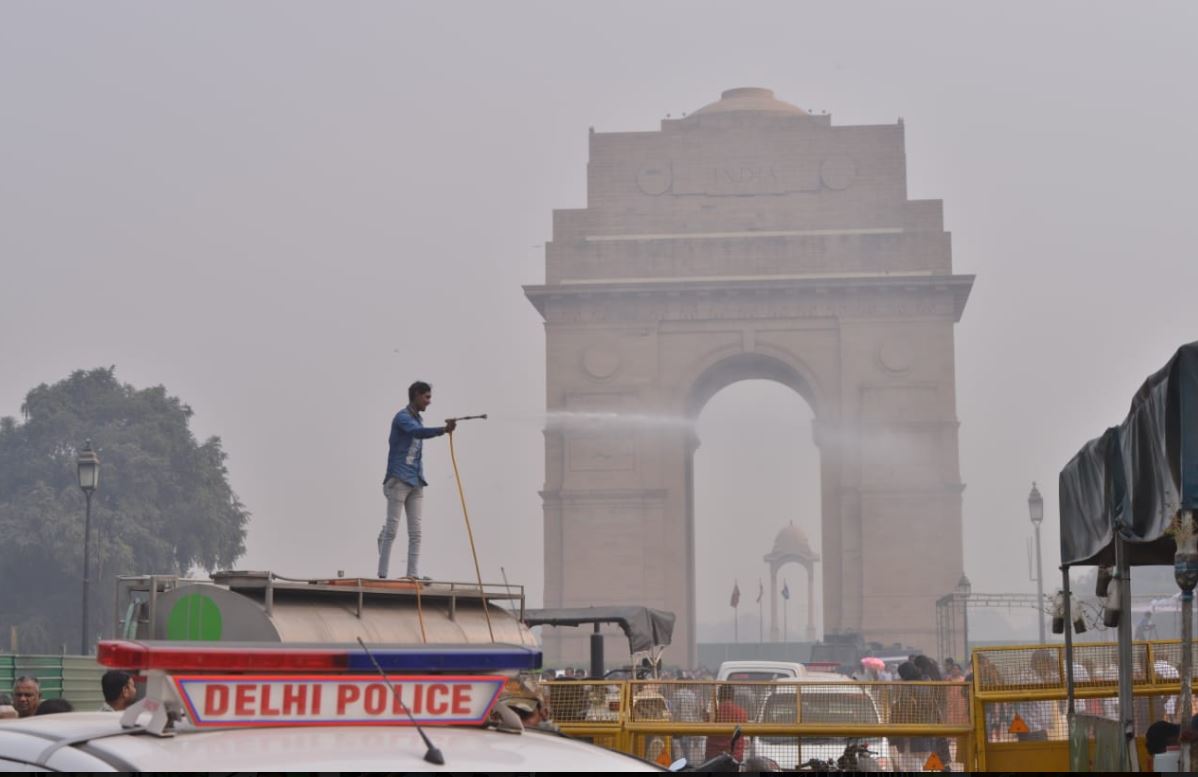 Delhi's pollution level sharply rose on Monday as a thick haze engulfed the national capital ahead of Diwali due to high impact of stubble burning and pushed the air quality in the 'very poor' category, authorities said.

An official with the Centre-run System of Air Quality Forecasting and Research (SAFAR) said despite moderate wind speed, the pollution in Delhi rose due to stubble burning from the neighbouring states.

”As expected there is a significant intrusion of bio-mass generated pollution in Delhi which is increasing pollution levels and made it very poor in spite of moderate surface wind speed,” he said.

”The contribution of stubble burning to pollution in the national capital is expected to be 24 per cent on Monday,” another official said.

The spike in the pollution level comes a day after the air quality had improved to moderate category due to meterological factors and the control measures implemented by the authorities in Delhi.

Delhi authorities have stepped up efforts to combat pollution which includes measures like halting construction activities and regulating traffic.

There is a halt on all construction activities involving excavation. Civil construction has also been suspended in Delhi and other NCR districts, besides closure of all stone crushers and hot mix plants generating dust pollution.

The Delhi Pollution Control Committee (DPCC) has also directed the Transport Department and the Traffic Police to intensify checking of polluting vehicles and control travel congestion in the region during November 1-10.

An aggressive 10-day-long 'Clean Air Campaign' from November 1-10 has also been launched to monitor and report polluting activities as well as to ensure quick action.

Under the campaign, a fine of over Rs 1 crore has been imposed in the last three days on people violating the norms causing pollution.

But despite that the air quality deteriorated to 'very poor' category due to increase in the contribution of stubble burning from the surrounding states of Punjab and Haryana, the authorities said.

The deterioration of air quality comes ahead of Diwali when a further spike in pollution is expected to hit the city.