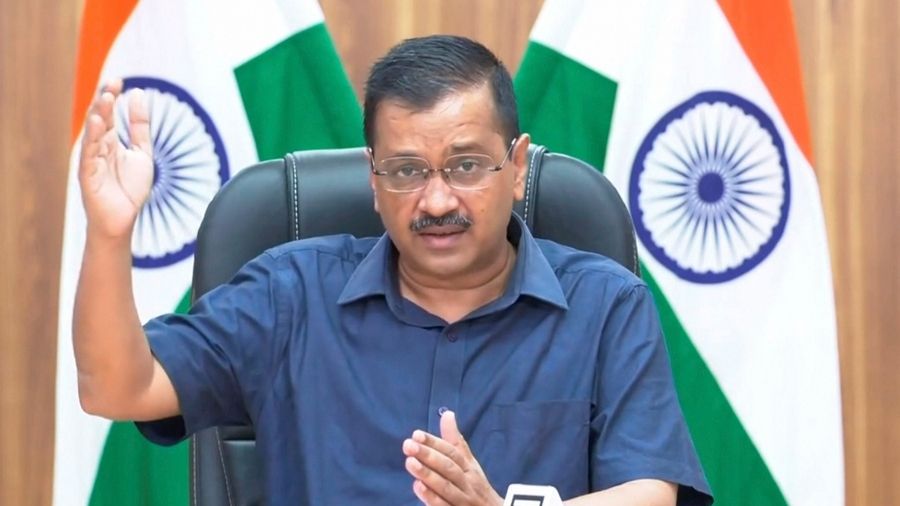 As Delhi grapples with a shortage of coronavirus vaccines, Chief Minister Arvind Kejriwal on Wednesday said the makers of Sputnik V will supply anti-Covid jabs to the city but the quantity is yet to be decided.

He also said there were around 620 cases of black fungus or mucormycosis in Delhi, but Amphotericin-B injections used in its treatment are in short supply.

"Talks with the makers of Sputnik V are on. They will give us vaccines, but the quantity is yet to be decided. Our officials and the representatives of the manufacturers met on Tuesday, too," the CM told reporters at the launch of Delhi's first drive-through vaccination centre at Vegas Mall in Dwarka.

The Centre has asked states to procure vaccines from the international market, but no state government has been able to purchase even "one additional vaccine" so far, he said.

"All state governments have tried everything, they have (floated) global tenders and talked to all vaccine-manufacturers. All firms have declined to talk to us," he said.

The Centre needs to demonstrate a sense of urgency and run the vaccination drive on a war-footing, he added.

He said it is the Central government's responsibility to procure vaccines.

"Today, we are at war against Covid-19, wherein the Centre and states have their share of responsibilities. The Centre cannot shirk its responsibility and ask states to fend for themselves. It is wrong," he said.

"It is something like Pakistan declaring a war on India and then they ask if Delhi has manufactured a nuclear bomb and Uttar Pradesh bought a tank...It is the Central government's responsibility to procure and supply vaccines. Delhi can be held accountable if they (the Centre) give us vaccines and we do not open up centres," a visibly angry Kejriwal said.

Asked if the Delhi government is going to lift the lockdown, he said, "A lockdown cannot be extended indefinitely. It has hit economic activity and businesses. We will decide how to go about reopening."

While extending the ongoing lockdown till May 31, Kejriwal had on Saturday said his government will start the unlock process from next week if Covid cases keep declining.

The CM also said that anti-Covid shots manufactured by Moderna and Pfizer are both suitable for children and the Central government should procure these vaccines in a large number to vaccinate them.

The CM also said that a government-run drive-through vaccination centre is likely to be launched at Chhatrasal on Saturday.

India was among the first countries to manufacture a vaccine for Covid-19, but "we are six months behind others because we did not make a plan in time for mass vaccination, distribution and to ramp up production", he said.

"Forget what has happened, but there is no sense of urgency even now. All vaccines available in the international market can still be given approval for use in India within 24 hours," the chief minister added.

The drive-through vaccination centre at Vegas Mall is an initiative by the Delhi government and Southwest Delhi District Magistrate, a hospital spokesperson said.

Akash Healthcare Super Specialty Hospital has procured 30,000 Covishield doses for inoculation of the 18-44 age group at the centre, an official said.

"We will go slow at the starting to avoid rush on the road and administer 40 to 50 doses for the initial few days," DM Naveen Aggarwal said.

The number of doses administered per day will be increased gradually to around 300 per day, he said.

Kejriwal had earlier said his government has written to Dr Reddy's Laboratories for the supply of around 67 lakh doses of Russian Covid-19 vaccine Sputnik V.

Dr Reddy's Laboratories launched Sputnik V in India on May 14.

Delhi had recorded 156 Covid fatalities on Tuesday, the lowest since April 16, while 1,568 new cases were reported as the positive rate dipped to a nearly two-month low of 2.14 per cent, according to the daily health bulletin.

It was the third day in a row that the daily cases in the national capital remained below 2,000.