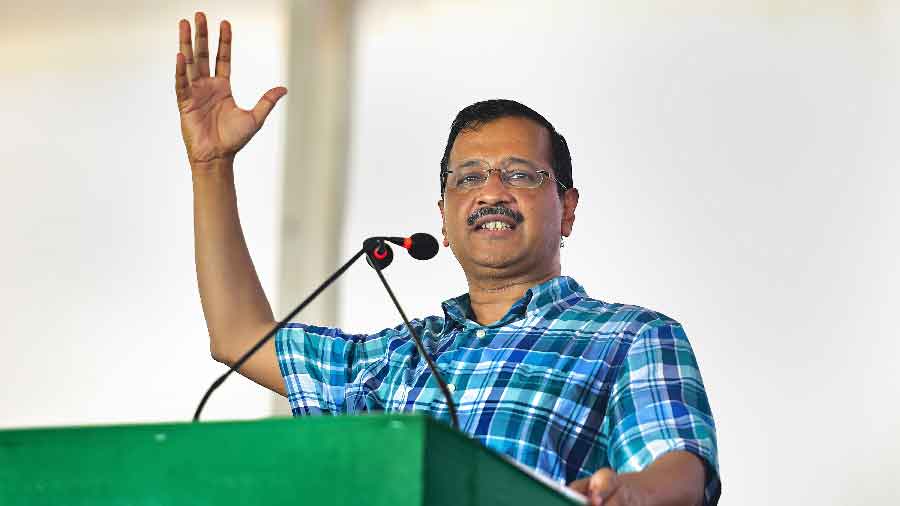 The Delhi government is trying to divert attention from the irregularities in its excise policy and using former Lieutenant Governor Anil Baijal as a "sacrificial lamb", the BJP charged on Saturday.

Earlier in the day, Sisodia accused Baijal of changing his stand over opening liquor vends in unauthorised areas and claimed that it led to a loss of thousands of crores of rupees to the Delhi government.

Sisodia said that he has sent the details of the matter to the Central Bureau of Investigation (CBI) and asserted that there should be a probe into it.

"The Kejriwal government is trying to divert attention from irregularities in its excise policy by blaming (the former) LG as they need a sacrificial lamb since the CBI probe is going to uncover those irregularities," Patra said at a press conference.

The BJP spokesperson alleged numerous irregularities in the implementation of the Excise Policy 2021-22 by the Delhi government.

“Sisodia first exempted the Rs 144 crore licence fee of licensees during the coronavirus pandemic without Cabinet approval, which was taken only in July 2022,” Patra claimed.

Delhi BJP president Adesh Gupta said that his party has been opposing the excise policy since day one and now the Kejriwal government's wrongdoings have been exposed.

Baijal was the Delhi LG when the Arvind Kejriwal government prepared the new excise policy, which was implemented on November 17, 2021.

The government withdrew the policy after incumbent LG V K Saxena last week recommended a CBI probe into alleged violation of rules and procedural lapses in the excise policy. It is preparing to run liquor vends under the old excise regime through its undertakings from September 1.