The 87-year-old spiritual leader, who is on a visit to the union territory since July 15, appreciated the gesture 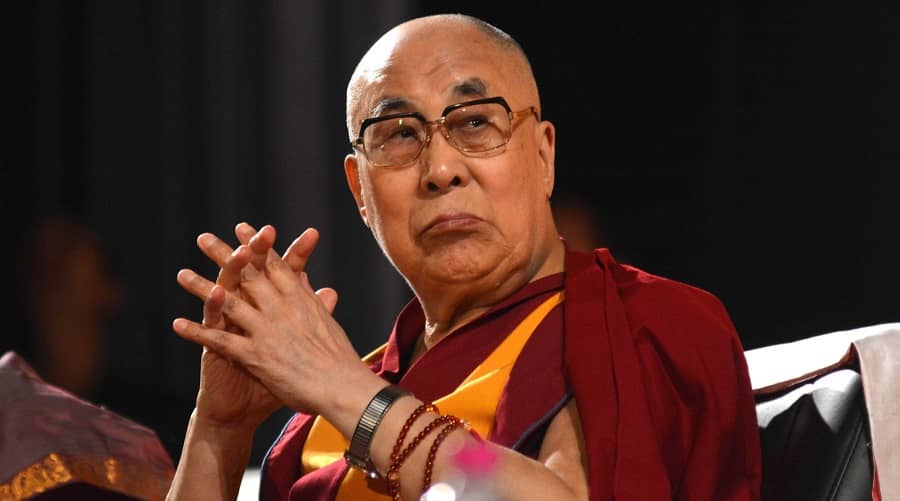 Tibetan spiritual leader Dalai Lama was honoured with the 'dPal rNgam Duston' award -- the highest civilian honour of Ladakh -- for his immense contribution to humanity, especially towards the union territory, an official said on Saturday.

The sixth award was conferred by Ladakh Autonomous Hill Development Council (LAHDC), Leh which celebrated the 'dPal rNgam Duston' with great fervour on the occasion of its foundation day at Sindhu Ghat on Friday.

The 87-year-old spiritual leader, who is on a visit to the union territory since July 15, appreciated the gesture and stressed maintaining communal harmony in the region.

"Ladakh and Tibet are connected by the mighty Indus River along with religious and cultural similarities," he said, adding the changing climatic condition is a major cause of concern and urged everyone to be environmentally conscious in their act.

MP Jamyang Tsering Namgyal said, “Ladakh is blessed to have the opportunity to bestow its highest award to the 14th Dalai Lama on this auspicious occasion.”

He also expressed gratitude to the LAHDC headed by Tashi Gyalson for the honour bestowed on the spiritual leader as a true reflection of the love, respect and dedication of the people of Ladakh towards the torch bearer of peace, kindness and compassion.

Both MP and Gyalson appealed for the conferment of the highest civilian award 'Bharat Ratna' on the Dalai Lama.

Advisor Umang Narula said, “The 'dPal rNgam Duston' marks the celebration of the remarkable contribution and achievement of the heroes of Ladakh and seeks to instil a sense of pride in the younger generation.”