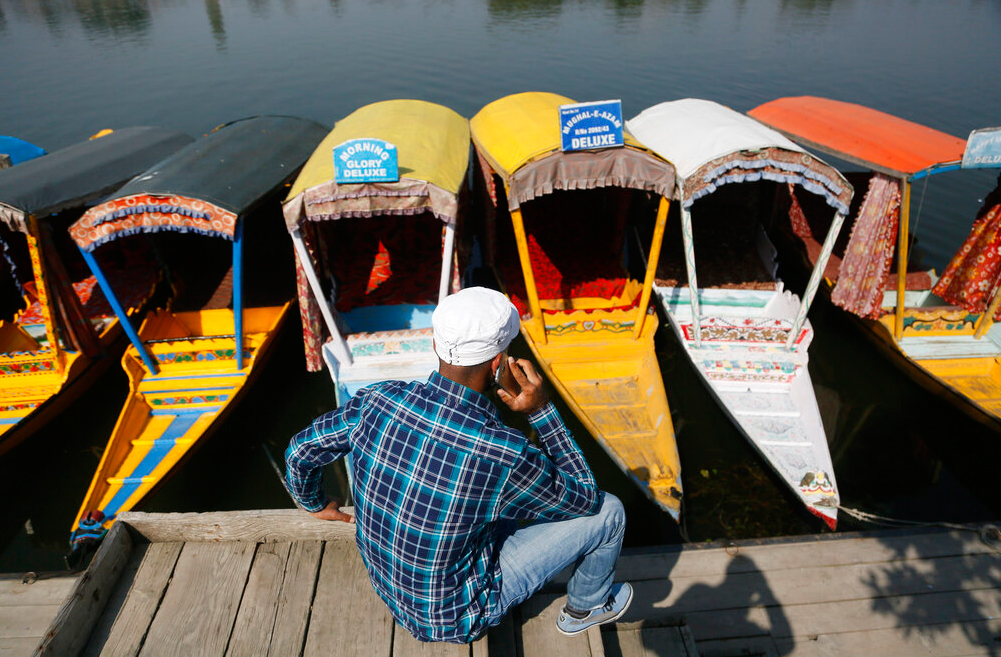 Mohammad Shafi, vice-president of Jammu and Kashmir’s largest industrial estate, is planning to sell a part of his ancestral orchard to avoid bankruptcy.

“I have already incurred losses worth crores of rupees. Both my factories are shut since August 5. Instead of making any profit, my interest payments are mounting and I have no money to service debt,” Shafi, who owns a rice mill and an animal bone mill, told The Telegraph.

“All my labourers (mostly from outside the state) have left. We have an orchard. If the problem persists, we may have to sell a part of the orchard to make up the losses.”

Shafi said dozens of factories at the estate had been going through a rough patch over the past 12 weeks and were being asked by the banks to repay their loans. Around 350 units at the estate have been shut since August 5, the day the state’s special status was scrapped, but some cold storages have been operating since the past couple of weeks.

The clampdown and a parallel shutdown, which entered the 84th day on Sunday, have crippled the Valley’s economy, reportedly inflicting heavy losses on businesses and leaving tens of thousands jobless.

Most of the shops remain shut, barring a few in the morning and evening hours, and public transport is off the roads. Private transport is operating normally in parts of the Valley.

The Kashmir Chamber of Commerce and Industry, the main business association, on Sunday put the losses around Rs 10,000 crore.

Sheikh Ashiq, the chamber president, said the figure was a preliminary estimate and the organisation would come out with a white paper revealing the exact losses and the permanent damage to the economy.

“Some sectors have been hit harder than others. Take for example our IT sector, which was not huge but growing. The IT firms were working with American and European companies and they were not able to provide them services because of the Internet blockade. The international clients have switched to other areas. Their damage is permanent,” he said.

“Our preliminary assessment of losses is based on the feedback of our associations. The daily loss works to around Rs 120 crore. We have 15 to 16 sub-committees of experts, who will sit together to come out with the final figures.”

Ashiq, a carpet dealer, said the handicraft segment had suffered huge losses but the figures were not known yet.

“Around 50,000 to 60,000 weavers are jobless. The reason is that we would receive orders online by July and August and they would be ready by Christmas and the New Year. When we received no orders, the weavers became jobless,” he said.

“Some industries, including tourism, have been badly hit. You have hundreds of hotels, restaurants and houseboats lying empty. Lakhs of people are jobless.”

The Valley had witnessed long shutdowns in the past as well but this is the first time that its Rs 10,000-crore fruit industry is also hit. When the apple growers overcame their reluctance to do business with the rest of the country after the initial phase of the clampdown, they came under threat from militants.

The growers have been able to export only a third of their around 20 lakh tonnes of apples, hamstrung by militant attacks on non-local people —mostly those involved in the apple trade — that resulted in five deaths.

The business community has been one of the targets of the government clampdown to weaken the resistance against the August 5 decisions.

Three prominent business figures — including Mubeen Shah, Yasin Khan and Shaqeel Qalender — were arrested and booked under the draconian Public Safety Act, which allows detention without trial for long periods.

Yasin Khan’s mother passed away on Friday. Ashiq said the community had pursued his release with the government on humanitarian grounds but without results so far.

Farooq Khan, adviser to outgoing governor Satya Pal Malik, asked how the chamber had calculated the losses and appeared to play down the figures. “I don’t comment on speculation. I will not be of much help to you,” he said, refusing to comment whether the government would compensate the losses.