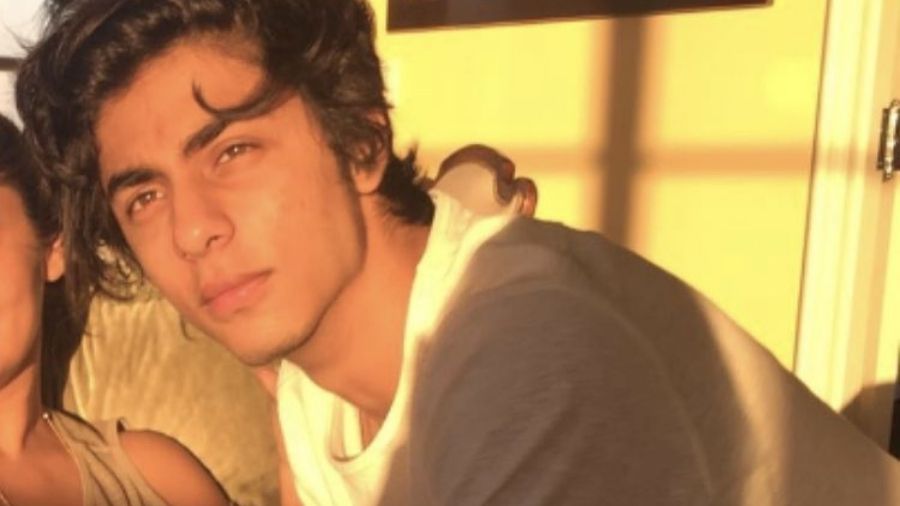 Aryan Khan, son of Bollywood superstar Shah Rukh Khan, was on Thursday granted bail by the Bombay High Court, 25 days after his arrest by the NCB in the case of seizure of banned drugs aboard a cruise ship off the Mumbai coast earlier this month, a drugs bust that triggered a series of controversies and put the central agency and its officials under the spotlight.

However, Aryan Khan is not likely to walk out of the Arthur Road jail, where he is currently lodged under judicial custody, immediately as the court is yet to give its operative order on the conditions imposed while granting bail.

"All three applications are allowed. I will pass detailed orders by tomorrow evening," Justice Sambre said even as Aryan Khan's counsel Mukul Rohatgi was putting forth his arguments.

Aryan Khan's advocates then sought permission to submit cash bail to which the court refused and said surety is to be given.

Hearing on their bail applications started on Tuesday.

"I could have given the order tomorrow also. But I gave it today," Justice Sambre said.

The legal team of the 23-year-old Aryan Khan will now try to complete the formalities for his release by Friday or Saturday. Justice Sambre said he would pass a detailed order assigning reasons later.

Additional Solicitor General (ASG) Anil Singh, appearing for the Narcotics Control Bureau (NCB), commenced his arguments at 2.58 pm and completed the same a little after 4.10 pm.

After the NCB, Rohatgi, a former Attorney General, started his rejoinder arguments which went on for about 15 minutes.

His arguments were cut short abruptly by Justice Sambre, who tossed the case related papers towards his staff and said, "All three applications are allowed." This led to a scramble in the courtroom among media persons and lawyers to exit the room.

While hearing the NCB's arguments, Justice Sambre sought to know on what basis the anti-drug agency was saying that Aryan Khan had dealt with commercial quantity of drugs.

To this, Singh said Aryan Khan had made an attempt to deal with commercial quantity.

"WhatsApp chats show this. The NCB has also obtained a certificate under section 65B of the Indian Evidence Act to authenticate that the electronic evidence has been collected from the accused's phone," he said.

Singh argued that the NCB had got "secret information" that around 11 persons were going to consume drugs on the cruise, which was raided by the central agency on October 2.

"At the time of raid, out of the 11 persons, eight were apprehended and most of them were found with drugs. This cannot be a coincidence. This is why the NCB is saying it is a conspiracy," Singh said.

The court then asked if the NCB's case is that of cumulative effect. Singh agreed and said, "Aryan Khan and Merchant are connected with drug peddlers and hence cumulative effect attracts section 28 and 29 of the NDPS Act." Aryan Khan, his friend Arbaaz Merchant and Dhamecha, a fashion model, were arrested by the NCB on October 3 and booked under relevant sections of the Narcotics Drugs and Psychotropic Substances Act (NDPS) for possession, consumption, sale/purchase of banned drugs, conspiracy and abetment.

The NCB opposed their bail pleas and argued that the case attracted conspiracy and abetment charges.

Aryan Khan's counsel Rohatgi, however, said conspiracy means there has to be a "meeting of minds". "Aryan does not know any of the other accused in the case except Arbaaz Merchant. There is absolutely no material to show conspiracy," Rohatgi argued.

So far, 20 persons have been arrested in the drugs case.

Singh argued that Aryan Khan and Merchant are habitual consumers of drugs.

"Our record shows that Aryan Khan has been procuring drugs in bulk and commercial quantities. These are hard drugs. He (Aryan) has been in contact with drug peddlers," the ASG argued.

"There is a chance of tampering with evidence or witnesses in the case. This is NCB's apprehension based on the affidavit filed by one independent witness in the case," Singh said.

He further opposed Aryan Khan's arguments that there was no drug recovery from him and said there was conscious possession as he was aware that Merchant was carrying charas which was meant to be for consumption during journey on the Goa-bound cruise ship.

Singh also said there was no need for the NCB to conduct a medical test on the accused to check for drugs as the agency's case is not that they had consumed drugs.

"Why should the NCB test when we know that they have been caught for possession and conspiracy? The drugs were meant to be consumed later," he said.

The ASG said sections 28 and 29 (of NDPS Act) for abetment and conspiracy have been applied in the case based on the material available with the NCB which include WhatsApp chats.

Singh added that probe in the case was still on and the agency needs time to ascertain from where the seized drugs were procured.

The ASG assailed the arguments made by Aryan Khan and Merchant's lawyers on Wednesday that till date the charges of abetment and conspiracy have not been invoked in the case.

"The NCB's first remand application that was submitted to the magistrate's court on October 3, four hours after the accused persons arrest, and the other remand applications clearly say sections 28 and 29 have been applied in the case," Singh said.

"The arrest memo also says that the accused (Aryan Khan) has been arrested in connection with commercial quantity. This means conspiracy. So it is not right to say that the accused was not aware of inclusion of sections 28 and 29," he added.

If there had been any error then the magistrate would have noted it while hearing the remand plea, the NCB counsel argued.

"If the accused are now claiming their arrest is illegal then why have they not challenged the magistrate's order remanding them to NCB custody," the ASG said.

In a lighter vein, Singh said the accused persons ought not to have tried to do all this on October 2, which is considered a dry day owing to Gandhi Jayanti.

"Drug menace is a serious problem in our society. It is a heinous crime that is worse than culpable homicide and hence has to be dealt with accordingly," Singh said.

The drugs-on-cruise case triggered a slew of controversies related to the NCB and its officials, especially its zonal director in Mumbai Sameer Wankhede, who faced charges of extortion attempt to let off Aryan Khan. The central agency and Wankhede, who led the raid on the cruise vessel, have refuted all allegations levelled against them.