Covid: Appeals for help as coronavirus leaves kids without carers 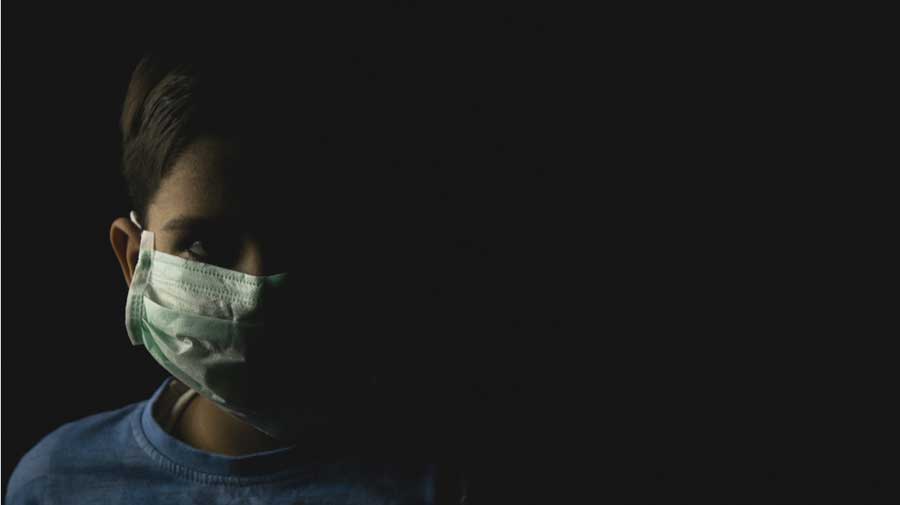 “Because the number of deaths has increased, the crisis is that either children are losing their parents, or their caregivers are hospitalised, and there is no one to take care of them,” said Dhananjay Tingal, executive director of the BBA.
Shutterstock
Reuters   |   Bangalore   |   Published 07.05.21, 12:52 AM

When an Indian children’s rights group tracked down two boys aged 6 and 8 after it was told that their parents were both severely ill with Covid-19 and unable to care for them, the children had not eaten for days.

The case, reported by the Bachpan Bachao Andolan (BBA) group, which located the boys in a small town in India’s rural heartland, was one of a growing number of emergencies involving children affected by the country’s devastating coronavirus crisis.

The exponential rise in infections and deaths has left some children, particularly in poor communities, without a carer because their parents or other relatives are too ill to cope or have died.

“Because the number of deaths has increased, the crisis is that either children are losing their parents, or their caregivers are hospitalised, and there is no one to take care of them,” said Dhananjay Tingal, executive director of the BBA.

India’s underfunded social services are struggling to cope, and in certain parts of the country there is still stigma surrounding people who contract the virus, leaving some children isolated.
“Neighbours and extended family do not want to help because they are afraid of infection, treating these families almost like outcasts,” said Tingal.

Tingal said the BBA, which is headed by Nobel Peace Prize laureate Kailash Satyarthi, started receiving calls about children in dire situations linked to the Covid-19 outbreak in early April. The volume of calls increased after Satyarthi posted a helpline number on Twitter on April 29.

The BBA now receives about 70 calls a day seeking help for children whose parents are dead or seriously ill, and a greater number of calls from parents who have tested positive and want to know if the group can take care of their children if their health fails.

With 3.57 million active cases of Covid-19, India recorded more than 400,000 new infections over the last 24 hours — the highest daily tally reported globally — while deaths rose by a record 3,980.

Experts say actual numbers could be five to 10 times higher. Citizens across the country, the world’s second most populous, are struggling to find beds, oxygen, or medicines needed for treatment, and many are dying for lack of treatment.

Desperate pleas to help children have been appearing on social media.

“Need a breast milk donor for a one-day-old baby in Delhi. Her mother passed away due to Covid,” read one tweet. The person later said help had been found.

Protsahan India Foundation, a children’s rights NGO, said its frontline workers recently attended to children who had gone without food for days after their mother, the main caregiver, passed away.

“The father is a daily wage worker and is in a state of shock and trauma himself. We are helping with food and immediate care, education and protection needs of those kids,” said Sonal Kapoor, founder-director at Protsahan.

In Karnataka, an epicentre of the second wave, the government has appointed an official to identify children orphaned by Covid-19 to ensure they receive appropriate support.

The state this week also ramped up messaging around children’s safety and appealed to citizens not to seek help online from unknown groups.

In New Delhi, the city-state’s child protection arm this week wrote to the police asking them to investigate posts on social media calling for urgent adoptions.

“They may also be cases of trafficking and sale-purchase of the children,” the Delhi Commission for Protection of Child Rights warned.