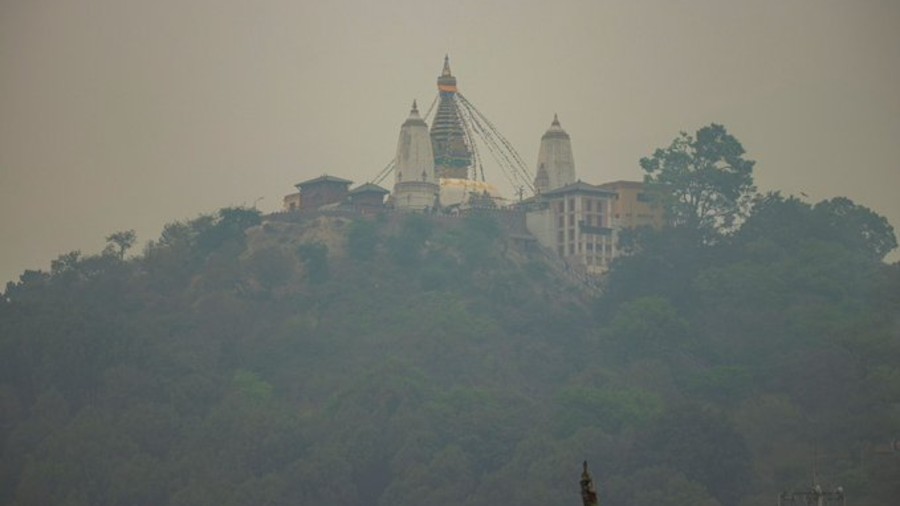 They also noted that blue skies and an absence of visible smog can be deceiving and hide pollutants that could potentially cause health issues.
File picture
Our Bureau, PTI   |   Toronto   |   Published 17.11.21, 02:45 PM

Air quality in India did not improve as much during the first COVID-19 lockdown as originally thought, according to a study that found that ozone levels increased even as other pollutants decreased.

However, they noted that blue skies and an absence of visible smog can be deceiving and hide pollutants that could potentially cause health issues.

The study, published in the journal Environmental Science: Processes & Impacts, found that some air pollutants didn't drop nearly as much as first thought and even more surprising was that ozone levels increased even as other pollutants decreased.

The air looked much cleaner, but that allowed more sunshine to get through, creating conditions for ozone (O3) to increase up to 30 per cent, according to the researchers.

"Our research shows the decline in local emissions had less influence on the decrease in air pollutants than first thought," said Leigh Crilley, a postdoctoral researcher at York University.

"To accurately quantify the impact of the COVID-19 lockdown on air pollutant levels, meteorology and atmospheric chemistry needs to be considered in addition to emissions," Crilley said.

The study focussed on nitrogen oxides (NOx), fine particulate matter (PM2.5) and O3, as well as meteorological factors within two cities in India -- Delhi and Hyderabad -- during the start of the first lockdown, from March 24 to April 24, 2020.

Air pollution is a known health risk and India has some of the worst air pollution globally resulting in a disproportionally high level of mortality and disease, the researchers said.

It is estimated that air pollution exposure, particularly PM2.5, resulted in the premature death of 1.27 million people in 2017, they said.

The researchers used hourly data from air quality monitoring stations for levels of PM2.5, NOx and O3, and hourly meteorological and visibility data.

They compared that data to the same dates from the previous three years to evaluate changes due to the lockdown.

When only taking observational data into account, NOx and PM2.5 levels fell by up to 57 per cent and 75 per cent respectively, the researchers said.

However, when meteorology was factored in, those percentages fell to less than 8 per cent for PM2.5 and between five and 30 per cent in both cities, while O3 increased, they said.

The researchers found that local sources of emissions, such as vehicles and the burning of fuels, had less influence on air pollution levels than regional emissions sources, while weather events and atmospheric chemical processes contributed independently to air pollutant levels.

"We demonstrate that regional sources, such as rural and agriculturally based emissions, that may have been less affected by the lockdown, have a significant influence on PM2.5 levels in Delhi and Hyderabad after weather-normalisation," said Cora Young, Associate Professor at York University.

"This indicates that future PM2.5 mitigation strategies should focus on national-scale, as well as local sources," Young said.

The study highlights the impact of emissions, meteorology and chemistry on air pollution and that all three should be considered when assessing the effects of any short-term intervention on air pollutants, the researchers said.

The team also found that ozone production in Delhi is likely influenced by volatile organic compounds (VOC) and, as such, attempts to mitigate it should focus on dominant VOC sources.