Order to be in place for three months, decides government at meeting chaired by Modi 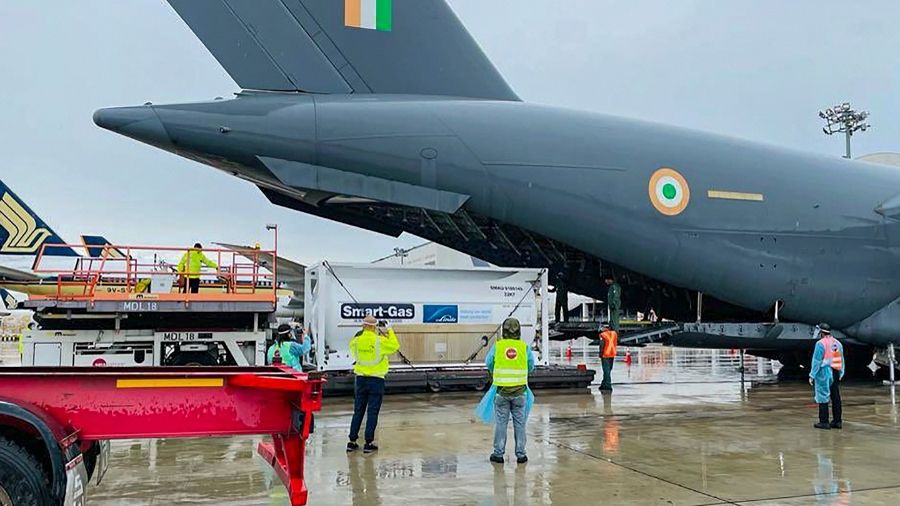 Taking a slew of measures to boost medical oxygen availability in the country amid a surge in Covid-19 cases, the central government on Saturday decided to waive basic customs duty and health cess on the import of oxygen and connected equipment for a period of three months with immediate effect.

It was also decided at a meeting chaired by Prime Minister Narendra Modi to exempt basic customs duty on the import of Covid-19 vaccines with immediate effect for a period of three months, a government statement said.

This will boost availability of these items as well as make them cheaper, it said, adding that Modi also directed the revenue department to ensure seamless and quick custom clearance of such equipment.

Modi emphasized that there was an immediate need to augment the supply of medical grade oxygen as well as equipment required for patient care both at home and in hospitals and asked all ministries and departments to work in synergy to this effect.

He was told that basic customs duty was exempted on Remdesivir and its API (active pharmaceutical ingredient) recently, and a suggestion was made that the import of equipment related to providing oxygen to patients needs to be expedited, the statement said, announcing the measures.

Oxygen canister, oxygen filling systems, oxygen storage tanks, oxygen cylinders, including cryogenic cylinders and tanks besides any other device from which oxygen can be generated are among several other items under this category.

The statement noted that the government has taken a lot of measures in the last few days to improve supply of oxygen and medical supplies.

"IAF planes are bringing in cryogenic oxygen tanks from Singapore. IAF is also transporting oxygen tanks in the country to reduce travel times. Similarly, in a major decision yesterday, free food grains will be given 80 crore Indians for the month of May & June," it added.