Countries will have to come out of their narrow purview to unite against it, Modi said in the presence of his Pakistani counterpart Imran Khan 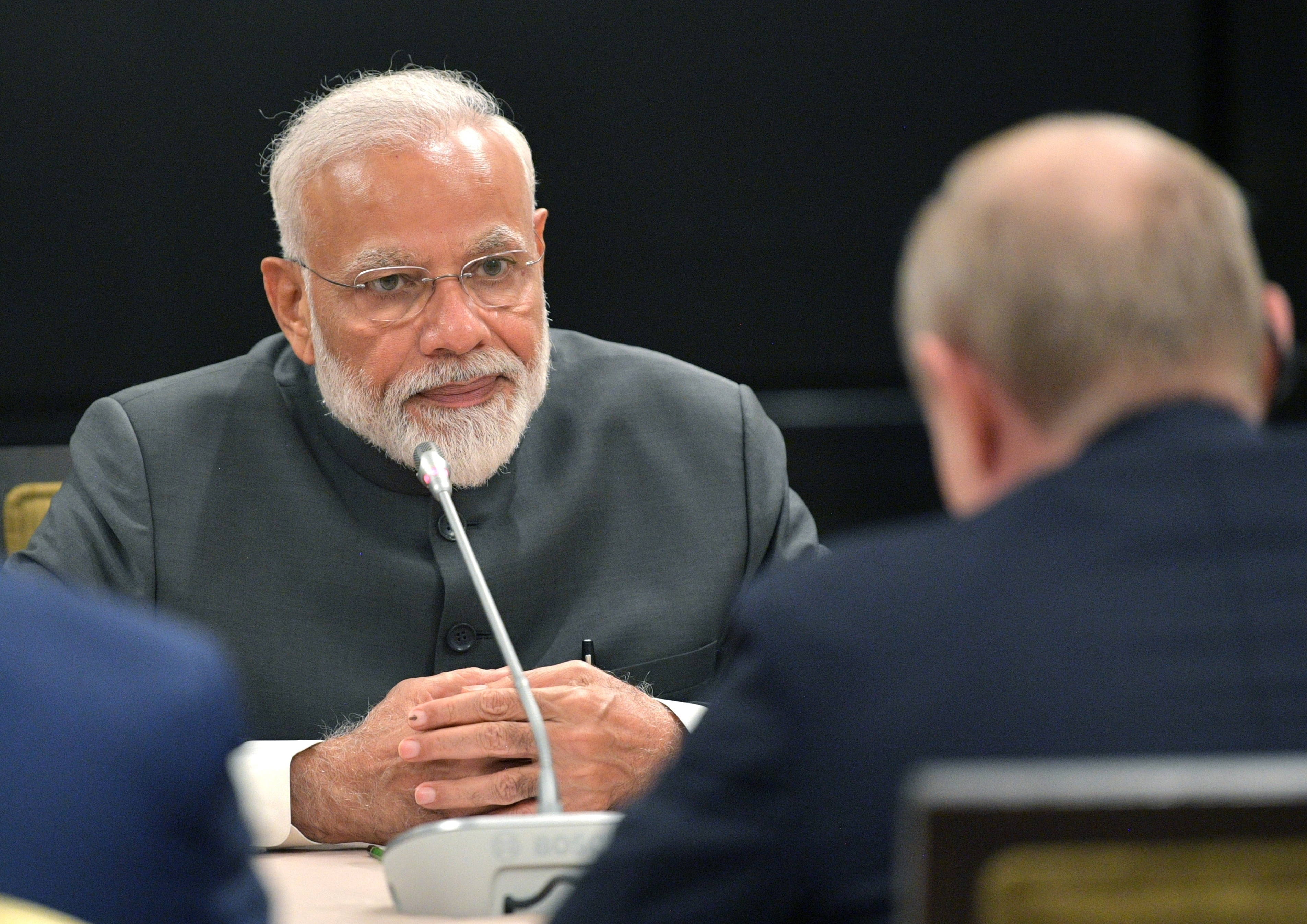 Narendra Modi listens to Russian President Vladimir Putin (back to a camera) during their talks on a sidelines of the Shanghai Cooperation Organization Summit in Bishkek, Kyrgyzstan, on June 13.
PTI
PTI   |   New Delhi   |   Published 14.06.19, 09:38 AM

Prime Minister Narendra Modi on Friday said that countries sponsoring, aiding and funding terrorism must be held accountable as he called for a global conference to combat the menace.

Addressing the Shanghai Cooperation Organisation Summit in Bishkek, Modi highlighted the spirit and ideals of the organisation to strengthen cooperation to fight terrorism.

India stood for a terrorism-free society, he said. Modi did not name Pakistan.

'During my visit to Sri Lanka last Sunday, I visited the St Anthony's church, where I witnessed the ugly face of terrorism which claims the lives of innocents anywhere,' he said.

To combat the menace of terrorism,  countries will have to come out of their narrow purview to unite against it, Modi said in the presence of his Pakistani counterpart Imran Khan.

'Countries sponsoring, aiding and funding terrorism must be held accountable,' he said.

Modi also called on the SCO member states to cooperate under the Regional Anti-Terrorist Structure against terrorism.

'Literature and culture provide our societies a positive activity, specially they stop the spread of radicalisation among the youths in our society,' Modi said.

A peaceful, united, safe and prosperous Afghanistan is vital for the stability and security in the SCO.

'Our goal is to support the people and the government of Afghanistan for an Afghan-led, Afghan-owned and Afghan-controlled comprehensive peace process. We are happy that a further roadmap has been prepared at the SCO Afghanistan Contact Group,' he said.

It has been two years since India became a full member of the SCO. India has contributed positively in all the activities of the SCO, the Prime Minister said.

Modi arrived in the Kyrgyz capital on Thursday for the two-day SCO summit. The SCO is a China-led 8-member economic and security bloc with India and Pakistan being admitted to the grouping in 2017.

India in the past has blamed Pakistan for carrying out terrorist attacks in the country and asked it to stop supporting terror outfits operating from its soil.

Early this year, tensions flared up between India and Pakistan after a suicide bomber of Pakistan-based Jaish-e-Muhammed (JeM) killed 40 CRPF personnel in Kashmir's Pulwama district.

Amid mounting outrage, the government claimed to have carried out a counter-terror operation on a Jaish-e-Mohammad training camp in Balakot in Pakistan on February 26.

The next day, Pakistan Air Force retaliated and downed a MiG-21 in an aerial combat and captured an IAF pilot, who was later handed over to India.