Advertisement
Home / India / PM CARES details not for your eyes

PM CARES details not for your eyes 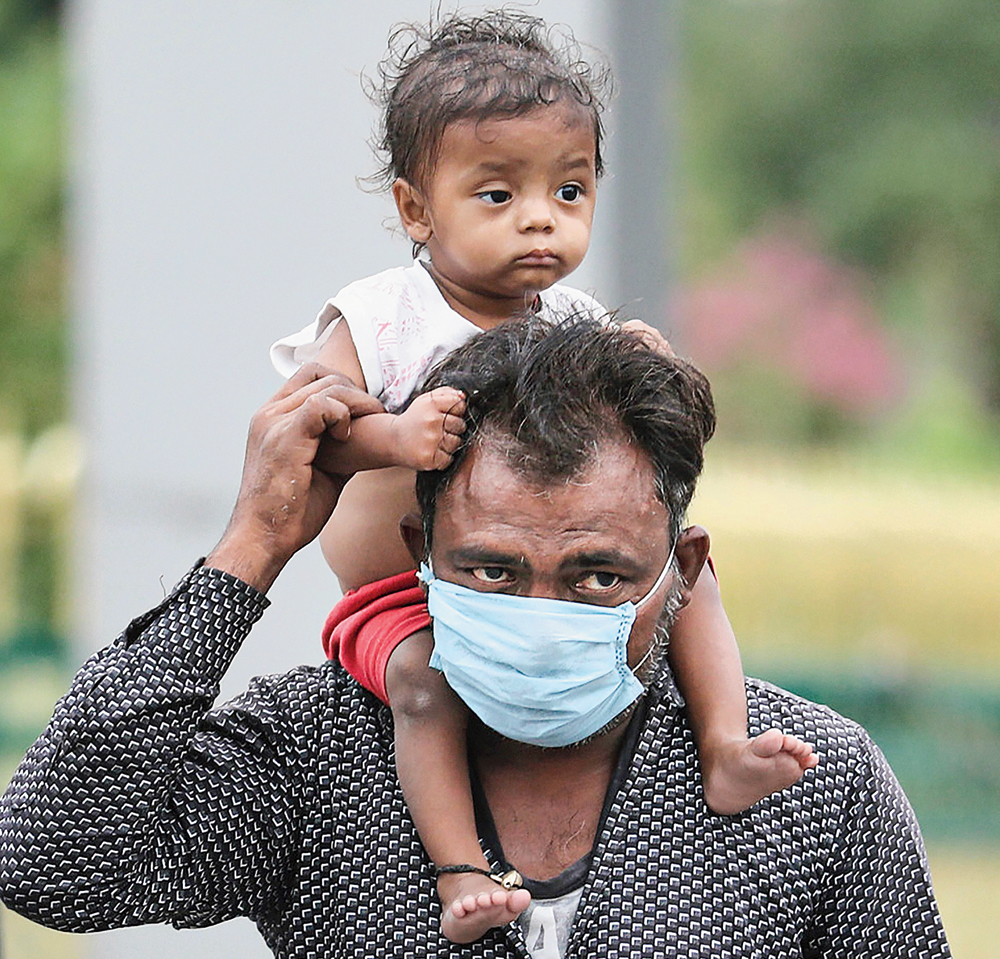 A passenger carrying his child arrives at Jammu railway station to board a special train to New Delhi on Saturday. The misery of travellers has become a testimony to the humanitarian crisis triggered by the abrupt lockdown that stretched for over two months and its haphazard implementation.
(PTI)
Anita Joshua   |   New Delhi   |   Published 30.05.20, 11:07 PM

The Prime Minister’s Office has refused to provide copies of the trust deed of the PM CARES Fund, besides those of the government orders, notifications and circulars related to its creation, saying the fund is not a public authority and is therefore exempt from the Right to Information (RTI) Act.

“PM CARES Fund is not a public authority under the ambit of Section 2(h) of the RTI Act, 2005. However, relevant information in respect of PM CARES Fund may be seen on the website pmcares.gov.in,” the PMO said in reply to an RTI application from Azim Premji University LLM student Harsha Kandukuri.

The RTI application was filed on April 1, a few days after the fund was created to draw “voluntary” contributions towards combating the pandemic and similar crises. The PMO replied on May 30, and the reply was accessed by the legal news website Live Law.

In keeping the PM CARES Fund out of the ambit of the RTI law, the Narendra Modi government appears to have followed the example of the Prime Minister’s National Relief Fund (PMNRF) — a Nehru-era legacy. The PMNRF issue went to Delhi High Court a couple of years ago, yielding a split verdict.

According to Venkatesh Nayak, head of the Access to Information Programme at the Commonwealth Human Rights Initiative, the purpose of the PM CARES Fund is to deal with the Covid-19 outbreak and similar crises.

“So the purpose is completely public and all dealing of the funds is done by public authorities, including the PMO and other departments,” Nayak said.

Anjali Bhardwaj of the Satark Nagrik Sangathan wondered what there was to hide. “They are collecting funds from the people to be used for the welfare of the people. So, there is interest in where the money is coming from and how it will be used. What is there to hide?”

Questions have been raised since the day the PM CARES Fund was set up. Many have queried the need for a new fund when the PMNRF already existed and boasted Rs 3,800 crore, according to audited accounts for 2018-19.

The opacity around the PM CARES Fund too has raised eyebrows.

The website does not provide any details of the contributions received over the past couple of months or of the spending although Modi claims to run a transparent administration.

Till now, there has only been one publicised allocation from the new fund, announced on May 13 – that of Rs 3,100 crore for ventilators, migrant workers’ welfare and vaccine development.

This is less than half the Rs 6,500 crore estimated to have been collected in the first week. This figure is not official but is based on public announcements of donations by corporate houses and various government departments and institutions.

Even the chief ministers’ relief funds don’t follow a common template when it comes to the RTI law or to proactive transparency.

The Kerala chief minister’s disaster relief fund is among the most transparent -- to the extent of updating daily donations and expenditures --- and states it is covered under the RTI law. Few others are so upfront.