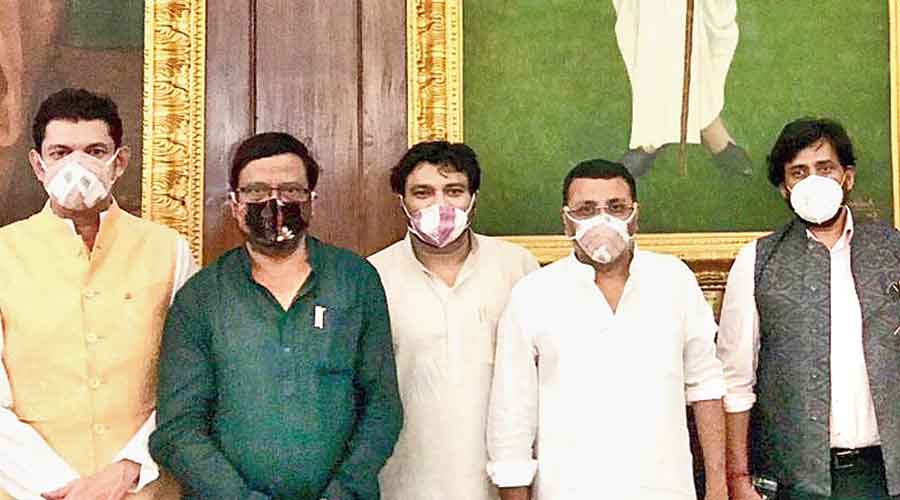 BJP’s Lok Sabha member from Baragarh in western Odisha Suresh Pujari has distributed masks made of Sambalpuri handloom among the members of Parliament to popularise the region’s textile products.

The move struck an immediate chord among members with MP Supriya Sule tweeting, “Thank you Suresh Pujariji for the Sambalpuri design mask.”

Pujari told The Telegraph, “On Monday, I distributed the Sambalpuri masks in the Parliament. It’s my effort to popularise Sambalpuri products across the globe. By distributing the Sambalpuri textile woven masks, I have been to some extent successful in bringing Sambalpuri textile products into limelight. All the MPs, particularly women MPs, praised it. Kanimozhi Karunanidhi approached me for a mask. All of them also spoke about the elegance of Sambalpuri saris, which have their own distinct designs.”

Pujari said: “500 masks were given to me by Sanjay Meher of Baragarh to popularise the product. I have decided to distribute at least 5,000 masks in Delhi...”

Meher is the director of Boyanika, Baragrh, which represents the primary weavers cooperative societies and works for the preservation of heritage design and providing a national and international platform to the weavers of Odisha.

Meher told The Telegraph, “The masks which were distributed are of two layers. Each costs Rs 45. But we are distributing the masks to people from different sections of society free of cost. So far, we have distributed 15,000 masks. On our request, union petroleum minister Dharmendra Pradhan wears masks made of Sambalpuri textiles. We have also presented these masks to the governor of Odisha professor Ganeshi Lal.”

Meher, who has employed more than 200 workers to make Sambalpuri saris and other products, said: “When the lockdown was announced, we suddenly became jobless. But when we started preparing the masks, nearly two lakh people of western Odisha dependent on the Sambalpui textile designing and weaving for their livelihood, got a means of livelihood.”

On being asked how the price of a Sambalpuri sari is decided he said: “All the Sambalpuri saris are hand woven.  It is a traditional hand woven sari wherein the warp and the weft are tie-dyed before weaving. The price is mostly decided by how many days a worker spend on a sari, the thread and colour used in it. The price of a sari may vary from Rs 1,000 to Rs 2 lakh.”