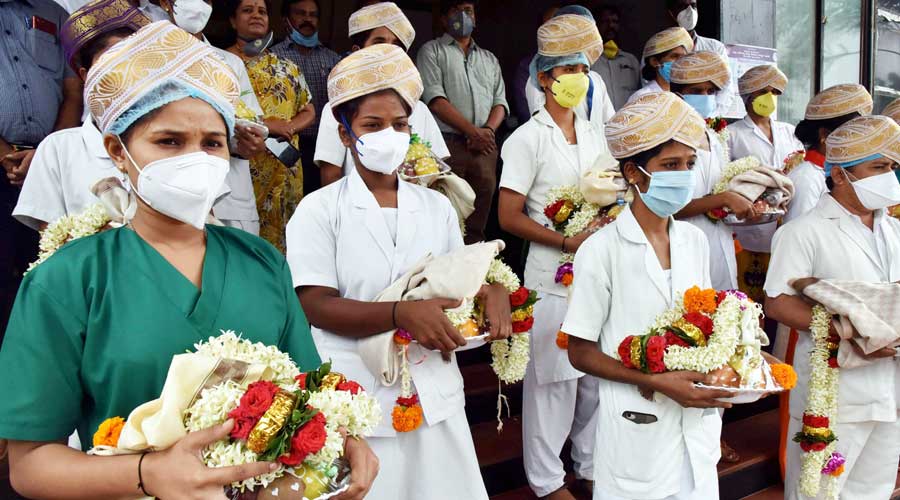 The Karnataka government has ruled out the possibility of imposing a longer lockdown in Bangalore amid the demand from the Opposition to shut down the city and ensure tighter regulations to stem the daily increase of several hundred coronavirus cases.

The Opposition Janata Dal Secular had demanded the city should be shut down for 20 days as hundreds of new positive cases are being recorded daily in Bangalore Urban district.

But home minister Basavaraj Bommai said the government had no plans to lockdown Bangalore since “everything is under control”. “The coronavirus situation is completely under control and there is no need for a lockdown.”

He said the only concern was Bangalore residents returning to their native towns and villages in other parts of the state due to panic.

“My only request (to residents) is to stay calm. Don’t go to your native villages since the virus could spread there as well,” said Bommai.

But the figures present a different picture, especially in Bangalore, that was once considered a safe zone lauded for keeping the spread under check.

The statistics from the past eight days show that Bangalore accounted for 7,049 of the 11,551 positive cases reported in the state. During the same period, 57 deaths were reported in the city, while the statewide fatalities, including Bangalore, was 181.

Government sources admitted that it was the spike in cases that drove the government to impose a Sunday lockdown when the city was closed for 33 hours from 8pm on Saturday till 5am on Monday.

With the first such shutdown having gone quite well, Bommai said there was no need to lockdown the city for a longer duration.

He even described the Sunday lockdown as a “great success” and said the residents stayed at home voluntarily.

But former health minister U.T. Khader called for tighter implementation of the safety regulations and to discourage unnecessary movement by the people. “I agree that lockdown may not be a right solution at the moment since working is a matter of livelihood”

“The government has to bring in stricter regulations so that people limit their movements based on absolute necessity,” said the Congress MLA from Mangalore.

He said curtailing the movement of people would help bring down the rise in number of cases through contacts.

“While the government is claiming there are no shortage of beds and ambulances, the ground reality is something different,” Khader said, hinting at several cases where patients had to wait for hours.

Khader said he would consult the Congress leadership whether to launch an agitation to ensure the state government followed the best practices to reduce mortality.

“Instead of providing calm advice, the government has been contributing to the fear psychosis from the beginning. People panic when someone is refused a hospital bed or denied an ambulance,” he said, urging the government to buck up.

A government source said the core team managing the Covid-19 situation had taken stock of the pros and cons of a complete lockdown for a few weeks.

“The urban poor and daily wage earners will be hit hard if we go for another round of lockdown. So it’s a decision that any government would not take easily,” said the official who declined to be named.

When pointed out that Kerala had brought its capital Thiruvananthapuram under a triple lockdown due to a spike in cases, he said the reality was different in Bangalore where there are many more daily wage earners.