Double fare to free ride for migrants in Karnataka

On Sunday, Shivakumar said he had sent a cheque for Rs 1 crore to the Karnataka State Road Transport Corporation 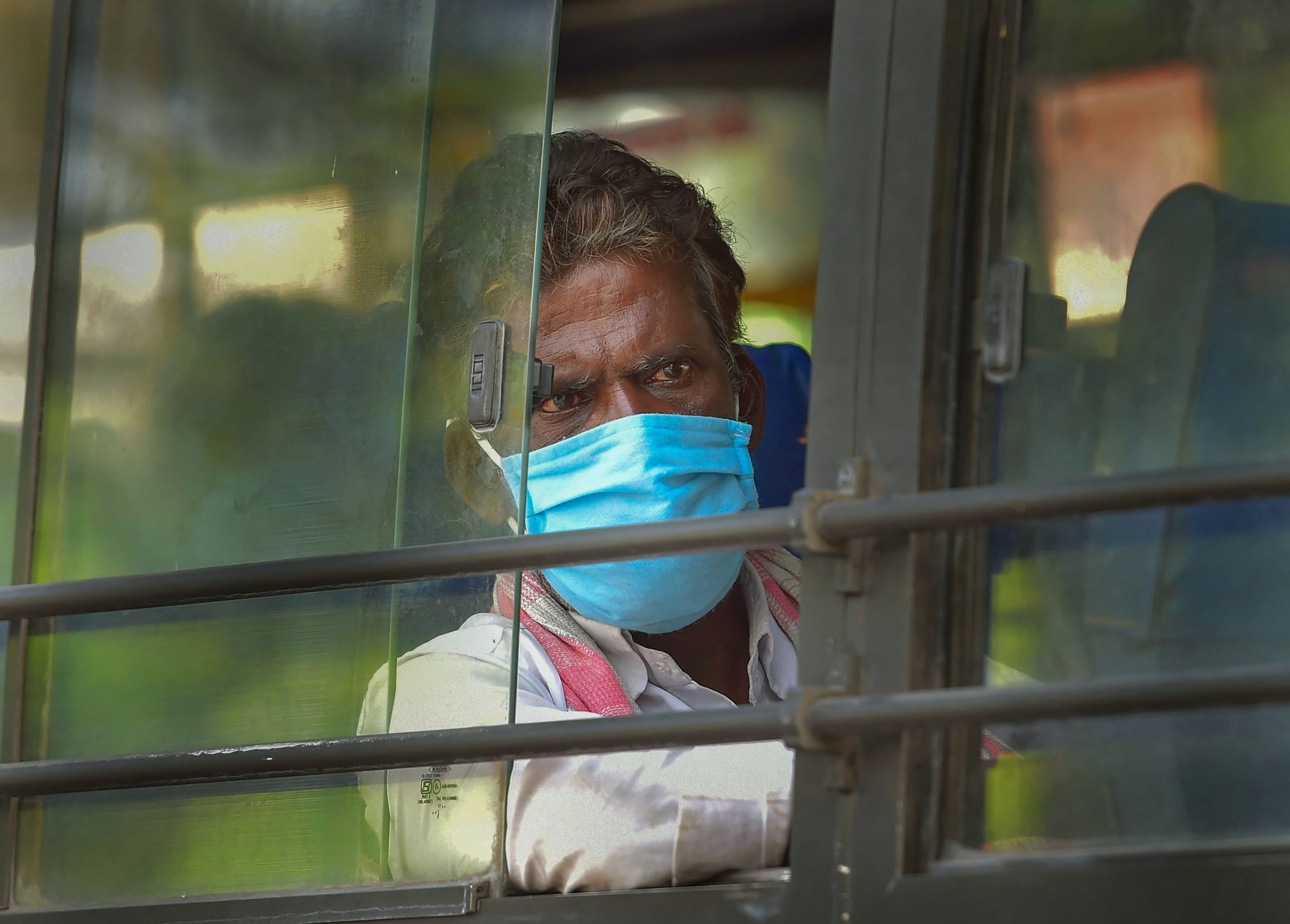 The Karnataka government on Sunday offered migrant workers heading back home in the next three days free bus rides within the state, capping a total retreat from its earlier decision to charge double the fare for a single trip.

The decision to make the rides free till Tuesday came on a day the Opposition Congress went to the state transport corporation office and offered a cheque for Rs 1 crore to subsidise the fare.

On Saturday, the BJP-led government had rolled back its decision announced the day earlier to charge the migrants double the usual bus fare, after the Congress had accused it of “cruelty”.

State Congress president D.K. Shivakumar had on Saturday offered to foot the whole transport bill to ensure free travel for the workers who have been jobless since the lockdown began on March 25.

On Sunday, Shivakumar said he had sent a cheque for Rs 1 crore to the Karnataka State Road Transport Corporation.

“We had appealed to the Karnataka chief minister to provide free transportation to all the workers travelling to various parts of the state. But no action has been taken,” he said in a video message.

Shivakumar had visited the transport corporation’s headquarters in the city along with leader of the Opposition P.C. Siddaramaiah, former state party president Dinesh Gundu Rao and former minister H.K. Patil among others.

The government issued a quick rebuttal and clarified that an official at the transport corporation’s office had requested Shivakumar to donate the amount to the Chief Minister’s Disaster Relief Fund.

Education minister S. Suresh Kumar called the act of offering the cheque “highly condemnable”. “The department refused to accept the Rs 1 crore cheque given by the leader and humbly requested that he could give the money to CMDRF. Highly condemnable,” he tweeted.

A senior official at the transport corporation confirmed that the cheque had not been accepted and said the government had already announced free transport by the time the Congress delegation had reached the corporation office with the cheque.

Congress spokesperson V.S. Ugrappa said: “They came after 12 noon to meet the chairman. But since he was out on the field making arrangements for the mass transport, the officer who met them did not accept the cheque,” said the official who cannot be named. “We decided to provide the monetary assistance since they charged more than double from the poor workers.”

“We know it is the job of the government to take care of the people. But since they failed in their duty by charging exorbitant fares, we stepped in by offering money to allow the workers to travel free,” Ugrappa, who was part of the Congress delegation, told this newspaper.

“We had informed them before going to make sure the chairman or some senior official would be there to receive the cheque and show us the figures regarding the estimated number of passengers,” he said.

As there was no one to receive the cheque, Shivakumar brought it back with him. “We will hand over the cheque any day,” Ugrappa added.

Labour rights activist Tejaswini was among those who had called the chief minister’s office requesting free transport for the migrants. “All we wanted was to give these poor people a free ride up to their home,” she said after her 9am call. “I am sure the government can afford it.”