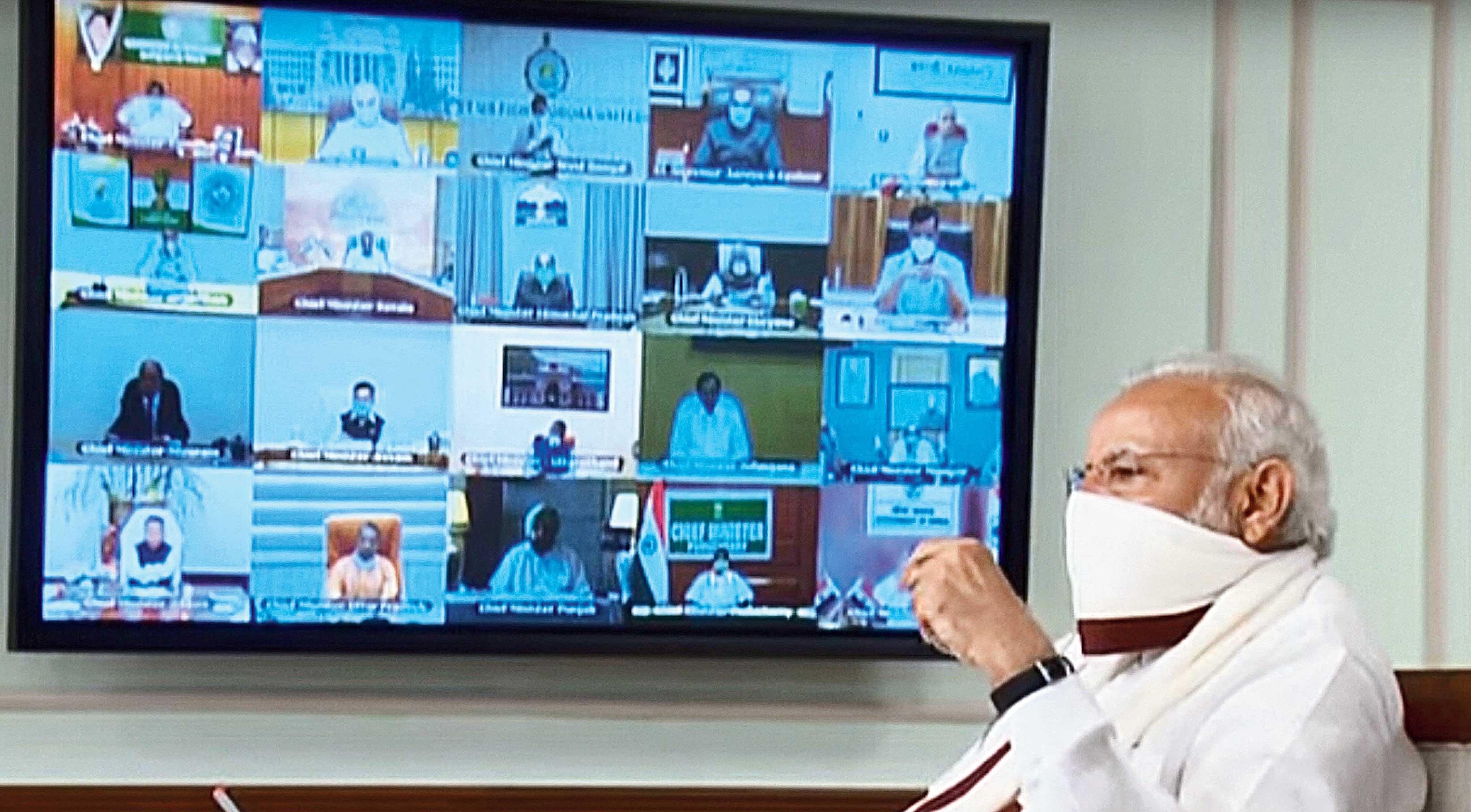 Prime Minister Narendra Modi did not respond to the concerns of Opposition party chief ministers about financial assistance, economic slowdown, double standards on corporate donations to fight the coronavirus and interference by governors, the Congress said on Saturday.

At the videoconference with the Prime Minister during the day, most chief ministers of Opposition-ruled states expressed grave concern over lack of resources and depleting revenues in the lockdown as well as the dismal assessment of the economy over the next few months. They sought special assistance from the Centre to sustain the battle against the coronavirus and feed the idle workforce.

Addressing a media conference on behalf of the Congress, Puducherry chief minister V. Narayanasamy said: “The Prime Minister didn’t respond to these concerns. He did not speak a word on economic slowdown and the need for greater assistance to the state. He didn’t refer to the scarcity of PPEs (personal protection equipments) mentioned by Congress chief ministers. You know the Prime Minister, how he speaks; he doesn’t even answer specific questions in Parliament.”

Narayanasamy said Modi dwelt on the need to extend the lockdown, as was demanded by the chief ministers, and asked for continuance of agricultural activities. He also spoke about graded resumption of construction activities — for which guidelines will be sent by the Centre — and fisheries. The APMC (Agriculture Produce & Market Committee) Act was being amended to ensure the yield is procured at farmers’ doorsteps, the chief minister revealed.

For chief ministers now, resource crunch is an overriding worry as they battle to ramp up infrastructure to fight the spread of infection and to feed the millions of poor who have been left without any source of income in the lockdown.

Telangana chief minister K. Chandrashekhar Rao said at the videoconference that because of the shutdown of industrial and commercial activities, the state’s revenue collection for the month had fallen from “Rs 40,000 crore to Rs 4,000 crore”, he said.

The chief ministers brought up the question of migrant workers stranded in their states and asked how long they can be fed without special assistance from the Centre. The states sought a special package for the MSMEs (medium and small enterprises) so that workers employed by these units can be paid. Other demands included a moratorium on loan payment for six months and a rise in the Fiscal Responsibility & Budget Management target from 3 per cent to 5 per cent.

Narayanasamy said: “Bengal chief minister Mamata Banerjee said governors were interfering in state government’s work and playing politics to hamper the fight against the corona crisis. She said this has become a menace and asked the Prime Minister to intervene and rein in the governors and lieutenant governors.”

The chief minister added: “We are facing this in Puducherry where Lt Governor Kiran Bedi is trying to run a parallel government despite a judicial snub. We are going to move a contempt notice against her. Irony is that the Centre is enjoying her antics because she is troubling a Congress government. Even today, the Prime Minister did not speak on this, refusing to assure the chief ministers of smooth functioning.”

Some chief ministers raised the issue of dichotomy between the central scheme and the state arrangement on Corporate Social Responsibility (CSR). “While CSR donations are allowed for PMCARES, it is not allowed for the Chief Minister’s Relief Fund. The Prime Minister did not speak a word on this. We are going to separately write to him on this discrimination. On the question about food and shelter of stranded migrant workers also, the Prime Minister did not utter a word,” Narayanasamy said.