Congress turmoil in Rajasthan: BJP waits in the wings 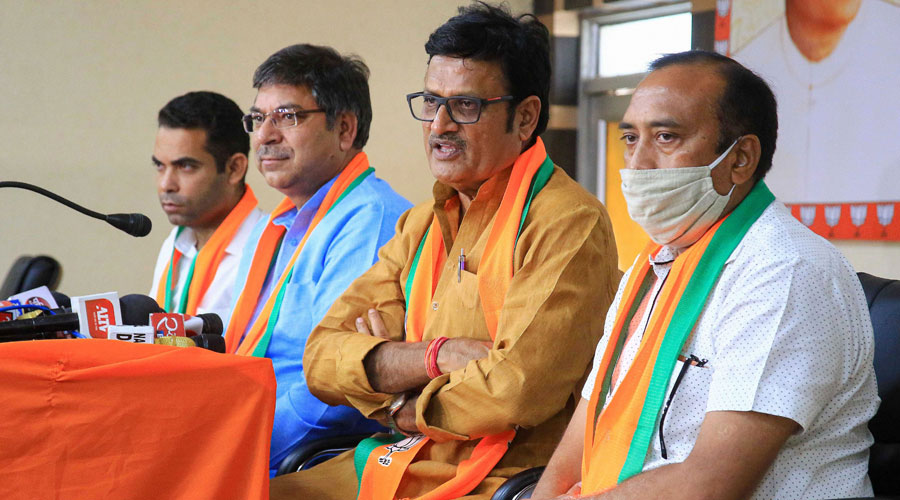 The BJP on Monday watched the infighting in the Congress in Rajasthan from the sidelines, maintaining it had no role in the developments but internally its leaders indicated they were keenly invested to wrest power in the state.

The BJP’s intent was apparently bared by the timing of the income tax and Enforcement Directorate (ED) raids on key Congress leaders in Rajasthan on Monday, though the central leadership officially chose silence over the political upheaval.

“We will have our own strategies in place but our priority is to ensure that the Congress doesn’t make a comeback to power as the party has lost its credibility amongst people,” Rajasthan BJP chief Satish Poonia was quoted as saying by news agency IANS.

While Poonia’s statement indicated his party’s intention to pull down the Congress government, at the same time he said the BJP central leadership would take the final call. Poonia even pointed out that the option of extending outside support to a government led by Congress rebel and deputy chief minister Sachin Pilot was also open.

The central BJP, however, chose silence with no senior leader ready to speak on record about the developments. Internally, however, the leaders said they were keenly watching the developments in the Congress and exploring all options to wrest power in Rajasthan like it did in Madhya Pradesh.

“The BJP would indeed like to take advantage of the infighting in the Congress. But for now we are waiting and watching,” a central leader said.

Asked whether the party was in touch with Pilot, the leader evaded a direct reply but said it was for Pilot to take a call. “Sachin Pilot is welcome in the BJP. But he has to take a call and for that he needs to have the support of enough MLAs,” the BJP leader said.

Party insiders said Pilot had been in touch with top BJP leaders but his plans failed after not many legislators backed him. Pilot denied any plans to join the BJP only after he found that he didn’t have the requisite number of MLAs behind him.

The BJP’s game, however, is far from over, insiders said. They indicated that efforts were on to break away enough Congress MLAs to ensure the Ashok Gehlot government collapses and then look for ways to capture power in the state.

Privately, BJP leaders said the actions by the income tax and the ED were aimed to break the backbone of Congress moneybags key to protecting the Gehlot government.

“In the days to come, many more Congress MLAs may desert and join the BJP,” another party leader said.

The BJP also has its own set of internal problems in Rajasthan. Former chief minister Vasundhara Raje still wields enough political clout in the state but the Narendra Modi-Amit Shah duo are not keen to make her chief minister again, according to insiders.

At the same time, it would not be easy for the two top leaders to sideline Vasundhara since a good chunk of the over 70 MLAs the BJP has in the state would still back her.