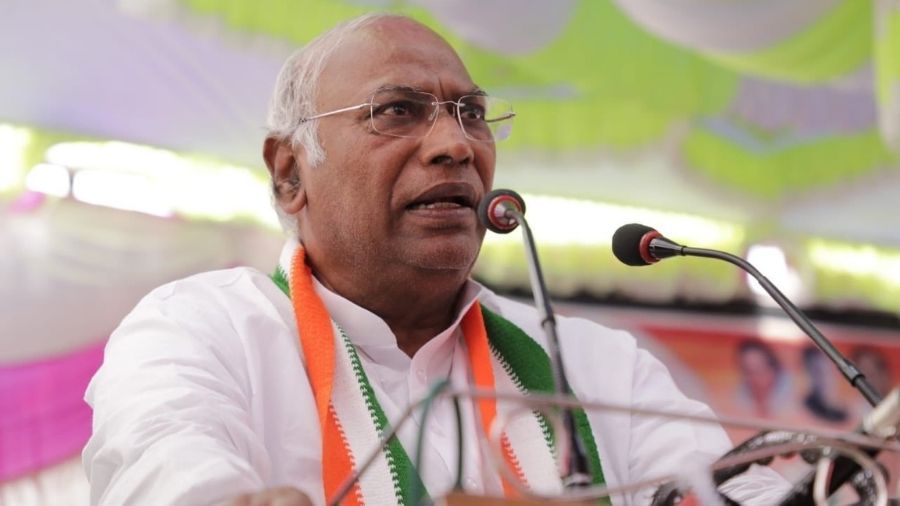 The Congress on Saturday attacked the Centre over a New York Times report which claimed that the Indian government bought the Pegasus spy tool in 2017 as part of a deal with Israel, alleging that the government indulged in illegal snooping using the spyware which amounts to "treason".

According to the report in The New York Times, the Israeli spyware Pegasus and a missile system were the "centrepieces" of a roughly USD 2-billion deal of sophisticated weapons and intelligence gear between India and Israel in 2017.

"Govt functionaries, opposition leaders, armed forces, judiciary all were targeted by these phone tappings. This is treason," he tweeted. "Modi Govt has committed treason."

Leader of Opposition in Rajya Sabha Mallikarjun Kharge said on Twitter, "Why did Modi Govt act like the enemies of India and use a warfare weapon against Indian citizens?"

"Illegal snooping using Pegasus amounts to treason. No one is above the law and we will ensure that justice is served," he said.

PTI has reached out to the government for a reaction to the NYT report but there was no immediate response.

There must be accountability, she demanded.

Rajya Sabha MP and senior Congress leader Shaktisinh Gohil alleged that the "revelations" in the report imply that the government "misled" the Supreme Court and Parliament on the issue.

"Why @narendramodi is silent? It is @PMOIndia's duty to clarify. New York Times revelations today that It did indeed subscribe by payment from tax payers money of ? 300 crores to spyware Pegasus sold by Israeli NSO company," he tweeted.

Reacting to the report, Congress' deputy leader in Lok Sabha Gaurav Gogoi alleged in a tweet, "PM Modi went to Israel to purchase weapons to counter-terrorism and instead used it on his own civilians including journalists, judges, bureaucrats and opposition politicians."

In a tweet, Shiv Sena MP Priyanka Chaturvedi alleged the spyware was used not for defence purposes but to snoop on opposition and journalists.

"If there is BJP, it is possible. They have made the country into a Bigg Boss show," she said in a tweet in Hindi.

An international investigative consortium had claimed last year that many people including Indian ministers, politicians, activists, businessmen and journalists were potentially targeted by the NSO Group's phone hacking software.

The Supreme Court had set up a three-member independent expert panel to probe the alleged use of Pegasus for targeted surveillance in India.

The government had denied all allegations made against it in the matter.