Pegasus has been sold to India, reports The New York Times 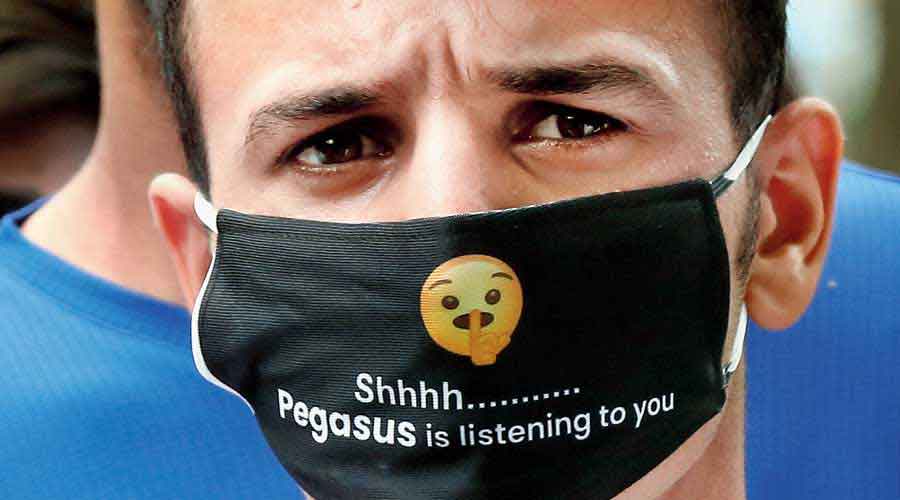 Pegasus, the Israeli spyware, has been sold to India, The New York Times reported on Friday in an investigation report titled “The Battle for the World’s Most Powerful Cyberweapon”.

The Narendra Modi government as a whole has till now neither denied nor confirmed categorically that it had bought the spyware that can crack the encrypted communications of any iPhone or Android smartphone.

A panel tasked by the Supreme Court is looking into the issue in India now after it emerged that the phones of several politicians, at least one judge and journalists were on a list of potential targets to be hacked. Private analyses had shown that some of the phones were hacked.

“Though the Israeli government’s oversight was meant to prevent the powerful spyware from being used in repressive ways, Pegasus has been sold to Poland, Hungary and India, despite those countries’ questionable records on human rights,” said the investigative report in The New York Times Magazine, the supplement included with the Sunday edition of The New York Times newspaper. The report was uploaded on The New York Times website on Friday.

In another report on the highlights of the year-long investigation, The New York Times Magazine said: “Through a series of new deals licensed by the Israeli Ministry of Defense, Pegasus has been provided to the far-right leaders of Poland, Hungary, India and other countries.”

This newspaper could not seek comment from the Indian government because of the late hour at which the news broke.

The full investigation report in The New York Times Magazine said: “In July 2017, Narendra Modi, who won office on a platform of Hindu nationalism, became the first Indian prime minister to visit Israel. For decades, India had maintained a policy of what it called ‘commitment to the Palestinian cause,’ and relations with Israel were frosty.”

The report added: “The Modi visit, however, was notably cordial, complete with a carefully staged moment of him and Prime Minister Netanyahu walking together barefoot on a local beach. They had reason for the warm feelings. Their countries had agreed on the sale of a package of sophisticated weapons and intelligence gear worth roughly $2 billion — with Pegasus and a missile system as the centerpieces.”

The report, which suggested that Israel reaped diplomatic gains around the world from the Pegasus spyware, pointed out: “Months later, Netanyahu made a rare state visit to India. And in June 2019, India voted in support of Israel at the UN’s Economic and Social Council to deny observer status to a Palestinian human rights organization, a first for the nation.”