Advertisement
Home / India / Congress needs to worry about itself: Mayawati on Rahul Gandhi's UP offer comment

Congress needs to worry about itself: Mayawati on Rahul Gandhi's UP offer comment 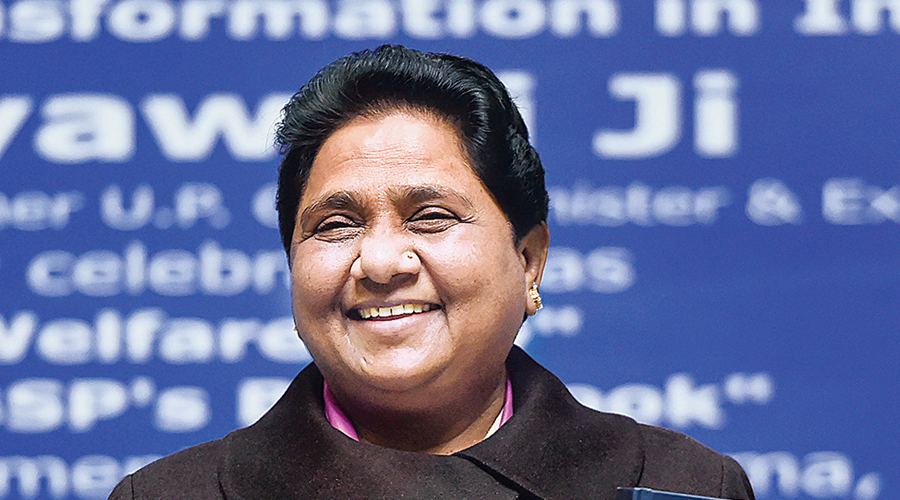 BSP chief Mayawati on Sunday rejected Rahul Gandhi's claim that she had spurned an alliance offer from his Congress during the Uttar Pradesh Assembly polls, asking him to get his own house in order instead of worrying about other parties.

Gandhi had on Saturday said that the Congress reached out to the BSP leader, offering her the chief minister's post for contesting the assembly polls together, but she did not respond.

Hitting back at the Gandhi scion, Mayawati said all the allegations levelled by him are wrong and reflect his party's "casteist mindset" and feeling of malice.

"Yesterday, the former president of the Congress had made some remarks regarding our party and especially about its chief, which clearly reflect the casteist mindset and a feeling of malice towards the Bahujan Samaj Party (BSP). It also shows similar feelings towards deprived sections of the society, especially the dalits," she told reporters here.

"Before levelling any allegation on the BSP, Rahul Gandhi must introspect," she said.

"The former president of the Congress is unable to manage his scattered house, but is raising fingers on the style of working of the BSP. This clearly shows the tremendous anger and hatred towards the BSP. Instead of worrying about other parties, Rahul Gandhi should think about his own party. This is my advice," she added.

The BSP supremo also accused the Congress of failing to take any concrete step during its long tenure to improve the social and economical condition of dalits and other deprived sections of the society. She also alleged that the community was not given full benefits of various other facilities, including reservation.

She also alleged that it was because of this attitude of the Congress that Babasaheb Bhimrao Ambedkar, who was the then law minister in the Congress government, had tendered his resignation.

The BSP leader also questioned the Congress' claims of preventing the BJP from coming to power.

"The Congress had fought the previous (2017) UP assembly elections with the Samajwadi Party. Despite this, it could not prevent the BJP from coming to power. The Congress should answer this," she added.