Congress, NCP will decide together: Pawar on Maharashtra government formation

The NCP chief also said there has been no discussion within his party on the governor's invite to the Sena. 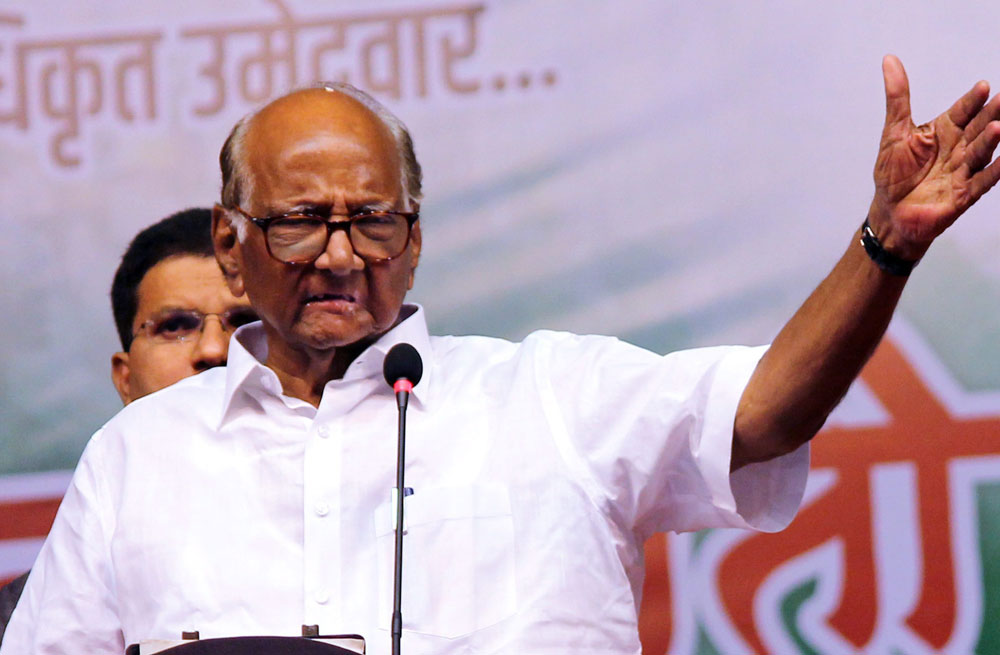 Amid talks that the NCP and Congress may support the Shiv Sena in government formation in Maharashtra, Nationalist Congress Party chief Sharad Pawar on Monday said whatever may be the decision, the two parties will take it together.

The Shiv Sena has been invited by governor Bhagat Singh Koshyari to stake claim to form the government on Monday.

Pawar also said there has been no discussion within his party on the governor's invite to the Sena.

'We (the Congress and NCP) contested the election together. Whatever the decision, we will have to take it together,' Pawar told reporters ahead of NCP's core committee meeting in Mumbai.

NCP leader Nawab Malik too addressed the issue Maharashtra impasse, saying that it is the responsibility of 'all of us' to give an alternative considering the plight of people in the state.

Malik reiterated Pawar's statement that the party will take any decision in consensus with its ally Congress.

There is a need to reach a consensus on 'certain big issues' while working out a common minimum programme, Malik told reporters in Mumbai.

'It is the responsibility of us all to give an alternative given the plight of the people and farmers. We are expecting a decision from the Congress. If there is a consensus, we will proceed towards government formation,' NCP's chief spokesperson said.

Malik, however, said the NCP will not proceed with its decision till the Congress leadership takes a call on government formation in the state.

The Congress' top leaders will hold parleys in Delhi at 4 pm on Monday.

The BJP, which is the single largest party in the state with 105 seats, on Sunday decided against staking claim to form the government for want of adequate numbers.

The governor then invited Shiv Sena, the second largest party, which has been at loggerheads with the BJP over sharing the chief minister's post.

The Shiv Sena won 56 seats in the October 21 state polls, while the NCP and Congress bagged 54 and 44 seats, respectively.

While the Shiv Sena has been making efforts to reach out to the NCP and the Congress, the Pawar-led party on Sunday said the Sena will have to walk out of the NDA first.

Shiv Sena leader Arvind Sawant, the lone party minister in the Modi cabinet, on Monday announced his decision to quit the NDA government.