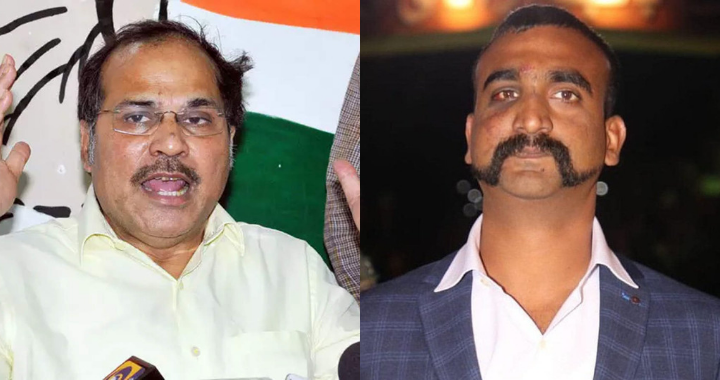 I would say that its the most absurd thing I have heard in Indian parliament but its been worse.

Sure, he should be awarded.
What do with mustache eh??
Kuch bhi

Kapil sharma's comedy now is in danger after this session of #loksabha .😂

Adhir Chowdhury, the Congress MP from Bengal who is the party's leader in the Lok Sabha, today told the House that he wanted pilot Abhinandan Varthaman's 'goph' to be declared the 'national moustache'.

Goph in Bengali is moustache.

Chowdhury said the IAF Wing Commander, who was captured by Pakistan and later released, should be nationally honoured.

Then he said: 'Yeh jo uska goph hai na, usko natioanal moustache se nawaja karo (His moustache should be declared the national moustache).' The IAF pilot wore a moustache style that is called the gunslinger.

To some, Chowdhury's request was absurd.

Congratulations to Congress. There will be more fun and entertainment this time in lok sabha.. Only Gandhi can save Congress..