Congress asks Centre if Pegasus was bought and used on citizens 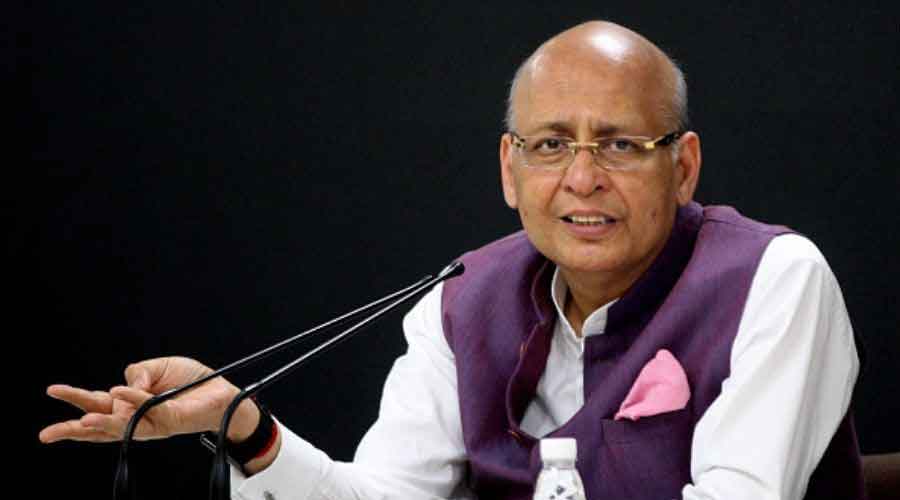 The Congress on Thursday expressed outrage at the responses of the Narendra Modi government to the Pegasus snooping controversy at a time when many countries have initiated investigations and the Israeli defence ministry has raided spyware-maker NSO Group in the wake of rising global concern.

“India is the largest democracy in the world. When will we wake up? When other countries will have completed investigations and submitted their reports? Can’t we get an answer to the simplest question: Did you buy Pegasus and use it on Indian citizens? Instead of giving answers, the question itself is being described as a conspiracy. We are mystified, amazed by the government’s response,” Congress spokesperson Abhishek Manu Singhvi said.

He added: “What are the responses so far — it’s bogus, it’s a hoax, timing is suspect, everything is being done as per law, we can discuss it outside but not in Parliament. But no answer to the question whether the government had purchased Pegasus or not? The government is obviously frightened, doing everything to hide the truth.”

The Congress parliamentary strategy committee met on Thursday evening amidst the continuing deadlock and decided not to let the government off the hook, dismissing the propaganda on disruption as a ploy to divert attention from the serious issue of snooping.

Rajya Sabha chief whip Jairam Ramesh told The Telegraph after the meeting: “The government is adamantly refusing to have a discussion on the Pegasus issue that has grave national security implications. All Opposition parties are united in demanding a discussion with a reply by the home minister Amit Shah, if not by the Prime Minister.”

The Congress sees a link between the raid on NSO by Israel’s defence ministry and the outrage expressed by French President Emmanuel Macron and expects more skeletons to tumble out in the coming days, compelling the Modi government to change its stand.

A Congress leader said: “Our assessment is that Modi and Shah are rattled and using all kinds of digressions to minimise the impact of the Pegasus scandal. But there are global ramifications which make things unpredictable.”

Singhvi said: “Has it ever happened that ruling party MPs have come to a parliamentary standing committee meeting and refused to mark attendance to ensure lack of quorum? They were present but didn’t sign the attendance register.”

On Wednesday, BJP members didn’t mark their attendance at the meeting of the standing committee on information technology to discuss Pegasus.

Rahul Gandhi tweeted on Thursday: “The foundation of our democracy is the right of the elected representative to raise people’s concerns in Parliament. Modi government is not allowing the Opposition to do this job. Don’t waste the time of Parliament any more — let us discuss inflation, farmers and Pegasus.”

Posting about the French NGO, which said the “Rafale deal has systematic elements of international corruption”, and whose findings led to a judicial probe in that country, Rahul tweeted: “There has been massive corruption in the #Rafale deal. ‘If you are right and you know it, speak your mind. Even if you are a minority of one, the truth is still the truth — Mahatma Gandhi.’”

There has been massive corruption in the #Rafale deal.

“If you’re right and you know it, speak your mind. Even if you’re a minority of one, the truth is still the truth.”