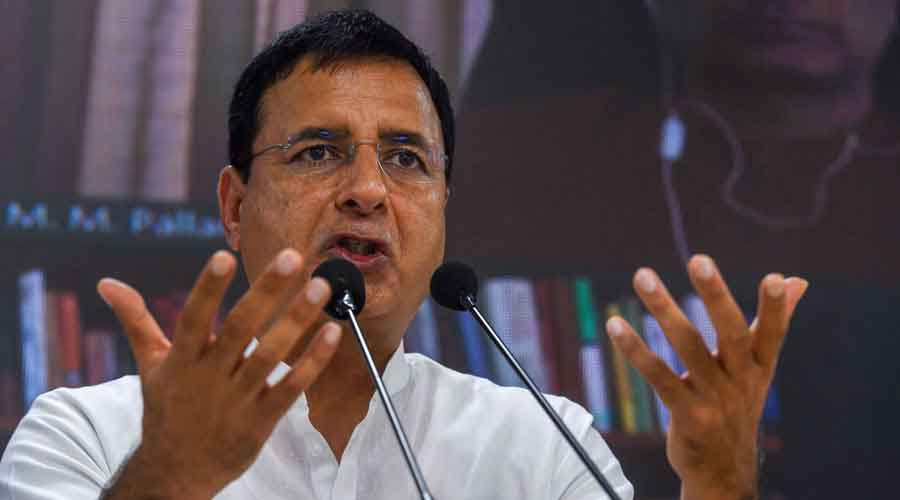 The Congress on Saturday demanded a special investigation team probe monitored by a sitting Supreme Court judge into a bitcoin scandal in Karnataka, claiming international ramifications and alleging a cover-up by the state’s BJP government.

State Congress leaders have already alleged the involvement of BJP leaders in the controversy, which involves the alleged theft of bitcoins, a cryptocurrency not recognised as legal tender in India.

Now the Congress central leadership has given the issue a wider dimension, asking why Prime Minister Narendra Modi told chief minister Basavaraj Bommai not to worry despite this being an “international crime” involving huge sums.

“We are told that (America’s) Federal Bureau of Investigation showed documents related to this scam to Prime Minister Modi during his latest visit to the US,” Congress communications chief Randeep Surjewala said.

“He (Modi) was deeply embarrassed. But the Karnataka chief minister himself told the media that he wanted to discuss the bitcoin issue with the Prime Minister but he said not to worry much about it.

“Basavaraj Bommai was the (Karnataka) home minister when the crime was committed. Shouldn’t he be punished? Why is the Prime Minister saying not to worry?”

Surjewala continued: “The silence of the Prime Minister and home minister Amit Shah in the wake of ‘Operation Cover-up, Deception and Intrigue’ is shocking. They should answer these questions: Who are the actors in the bitcoin scam and cover-up? Why were the National Investigation Agency, Serious Fraud Investigation Office (SFIO) and the Enforcement Directorate (ED) not informed by the Karnataka BJP government?

“Now we want a probe by an SIT which can include Interpol representatives, RBI officials and financial experts. The SIT probe should be monitored by a sitting Supreme Court judge.”

Karnataka police had arrested a man named Sri Krishna and an alleged associate, Robin Khandelwal, on November 14 last year on the charge of stealing bitcoins from several countries through hacking.

The police kept Sri Krishna in their custody for months, repeatedly arresting him in connection with at least five criminal cases, registered one after another.

He was released on bail on April 17 this year.

Sri Krishna had reportedly made a voluntary statement before the metropolitan magistrate, Bangalore, in December 2020 admitting to the theft.

Surjewala asked why the Karnataka police had informed Interpol only five months after the arrest.

“Even ED/CBI/SFIO were not informed. The ED enqui­red about the incident on February 15, 2021, and (the) Karnataka government responded only on March 3, 2021.”

Bitfinex, a cryptocurrency exchange registered in the tax haven of the British Virgin Islands, had reported the theft of 120,000 bitcoins in 2016. One bitcoin now costs Rs 51 lakh.

“Intriguingly, Whale Alert reflected that transfer on December 1, 2020, and on April 14, 2021. This was the time when Sri Krishna was in police custody. Were the stolen bitcoins transferred from Sri Krishna’s wallet?” he said.

“How many bitcoins and of what value? How do the Bangalore police then suggest that the 31 & 186 bitcoins allegedly transferred to the police wallet were lost or were found to be fake transactions?”