CUET gets underway in over 500 cities in India and abroad

The aspirants queuing outside test centres were an anxious lot, doing last minute preparations that will transform the way undergraduate admissions are conducted 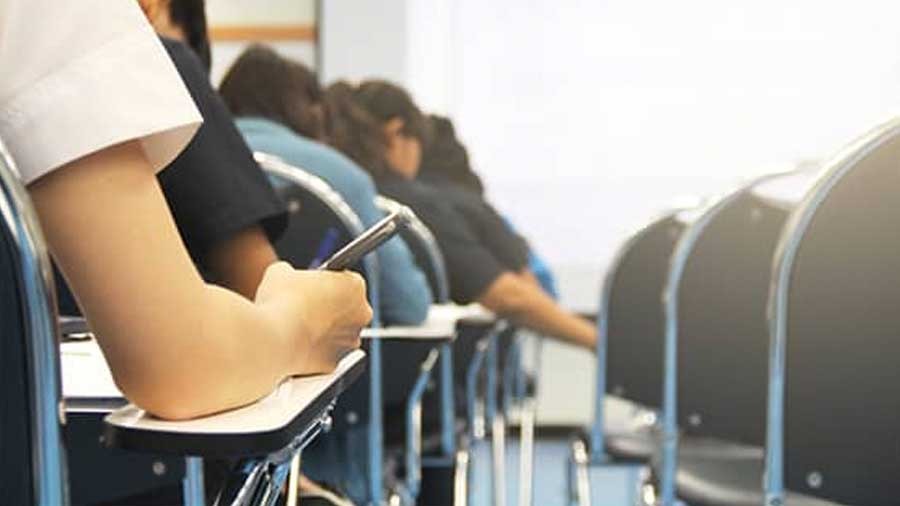 The debut edition of the Common University Entrance Test (CUET)-UG began on Friday at test centres in over 510 cities in India and abroad.

The exam for the first slot began on Friday at 9 am.

"All set to start the first CUET at 9.00 am. Best wishes to all the students who are writing CUET," UGC Chairman Jagadesh Kumar tweeted.

The aspirants queuing outside the examination centres were an anxious lot, doing last minute preparations for the exam that will transform the way undergraduate admissions are conducted in the country, especially at popular central universities like Delhi University where the Class 12 result was a deciding factor.

"Given such a large number of subjects, a unique date sheet has been created for every individual candidate. Accordingly, advance intimation slips have been issued to all candidates with the date and city of the exam, followed by admit cards," he added.

The exam will be conducted in two phases. Phase 1 will be held in July and Phase 2 in August. Candidates who have opted for Physics, Chemistry or Biology have been assigned to Phase 2 of the CUET exam, given that NEET (UG) - 2022 will be held on July 17.

The UGC chief had in March announced that CUET scores, and not Class 12 marks, would be mandatory for admission to 45 central universities which can fix their minimum eligibility criteria.

Kumar had clarified that students from state boards will not be at a disadvantage under the new system and the exam will not give a push to the coaching culture.

The UGC on Wednesday asked universities to fix deadlines for admissions to undergraduate courses after the Central Board of Secondary Education (CBSE) declares Class 12 exam results.

Noting that some universities have already started their admission process, the UGC said this will lead to the CBSE students being deprived of seats in these institutes.