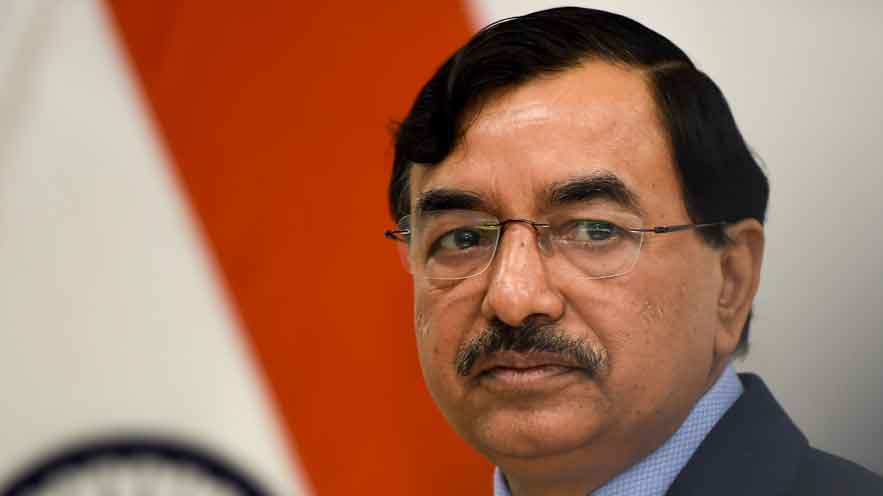 The Union law ministry on Saturday confirmed that chief election commissioner Sushil Chandra had expressed displeasure at a ministry letter that appeared to suggest his presence was expected at a government meeting on the possibility of common electoral rolls.

However, the ministry’s communiquè clarified that a later interaction that all three election commissioners attended was for “fine-tuning” certain aspects of electoral reforms that the cabinet subsequently approved.

The Indian Express had on Friday reported that CEC Chandra had in November been summoned to a meeting with the principal secretary to the Prime Minister, P.K. Mishra.
This had prompted former CECs to regret the alleged breach of the poll panel’s insulation from the executive, and led the Opposition to accuse the government of treating the Election Commission as a “subservient tool”.

The law ministry, which the poll panel corresponds with on matters of administration, on Saturday said: “The PMO ID dated 12.11.2021 regarding a meeting on Common Electoral Roll to be held on 16.11.2021 was addressed to the Cabinet Secretary, Law Secretary and Secretary, Legislative Department. It was not addressed to the Chief Election Commissioner.

“Secretary, Legislative Department clarified that the letter was for Secretary or a representative of the CEC familiar with the subject to attend the meeting.

“After the meeting of Officials, certain issues required further fine-tuning. These issues include the number of qualifying dates for updation of electoral roll, some aspects of Aadhaar linkage and requisition of premises.

The ministry added that the Election Laws (Amendment) Bill 2021, approved earlier this week for introduction in the current session of Parliament, was a result of the deliberations with the poll panel.

The bill reportedly allows the voluntary linking of the Aadhar database with the voter list, which the Election Commission believes will weed out duplicate voters.

On Friday, S.Y. Quraishi, a former CEC, said there was “no such thing as an informal meeting” of the executive with the poll panel and that any meeting should have been held on the basis of an agenda made public beforehand.

Other former CECs confirmed that informal interactions for clarifications on poll panel proposals do take place, but this depends on “the tenor and subject of the discussion”.