Landing module 'Vikram' was successfully separated from the orbiter on Monday 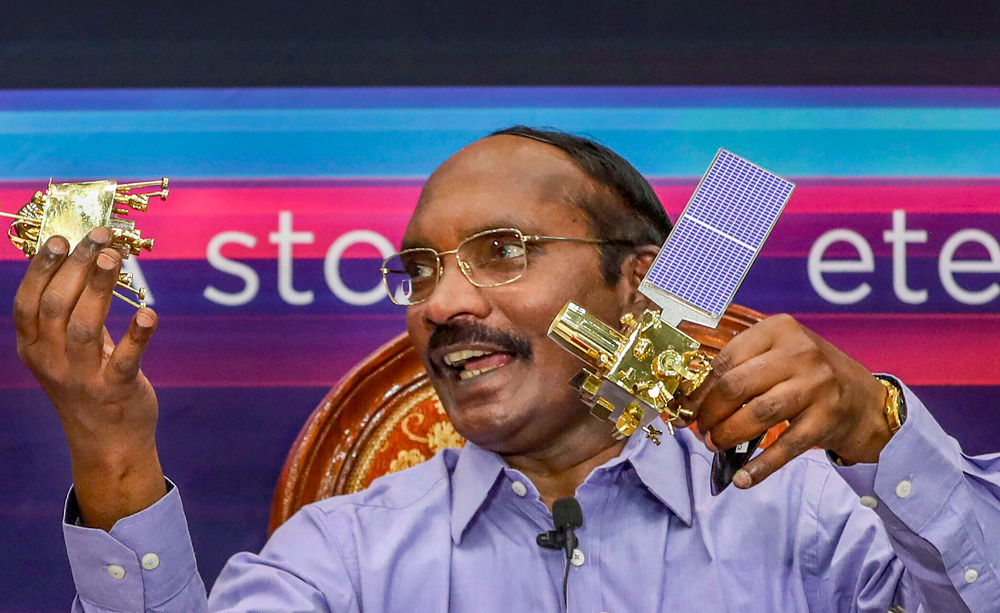 India’s second lunar mission moved a step closer to the Moon after the landing module “Vikram” was successfully separated from the orbiter on Monday, five days ahead of the planned touchdown on the unexplored lunar south pole.

Announcing the success of yet another key manoeuvre in the ambitious Rs 978-crore Chandrayaan-2 mission, the Indian Space Research Organisation (Isro) said the separation of lander Vikram, which is set for soft landing on September 7 on the lunar surface along with rover “Pragyan”, was carried out at 1.15pm.

The space agency said all systems of Chandrayaan-2’s orbiter and the lander were healthy.

Isro chairman K. Sivan last month said that the separation of the lander from the orbiter will be akin to a bride leaving her parental home.

The separation was carried out successfully, an official of the city-headquartered Isro said.

The milestone event came 42 days after the mission was launched onboard India’s most powerful rocket GSLV-MkIII-M1 from the spacesport of Sriharikota on July 22 and after a series of earth and lunar orbit manoeuvres, that took the spacecraft closer to the moon gradually.

The fifth and final lunar orbit manoeuvre was carried out on Sunday.

In a statement, the Isro on Monday said the lander, after the separation, was located in an orbit of 119km perigee (closest point from moon) and 127 km apogee of the moon’s orbit.

The Chandrayaan-2 Orbiter, which has a mission life of one year, continues to go around the Moon in its existing orbit.

The Isro said the health of the Orbiter and Lander was being monitored from the Mission Operations Complex at Isro Telemetry, Tracking and Command Network (ISTRAC) here with support from Indian Deep Space Network (IDSN) antennas at nearby Bylalu.

After the separation, two deorbit manoeuvres of the lander to bring it further down will be carried out on September 3 and September 4 to prepare for its landing in the south polar region of the moon, where no country has gone so far.

The first of the manoeuvres was scheduled on Tuesday between 8.45 am and 9.45 am IST, the Isro said.

Vikram, named after the father of India’s space research programme Vikram A Sarabhai, is scheduled to land on the lunar surface near its south pole on September 7 at about 1.55 am.

The exact landing site free of hazards will be decided based on pictures of the area captured and sent back by the lander’s onboard camera.

A successful mission will make India the fourth country after Russia, the US and China to pull off a soft landing on the moon.

Rover Pragyan, a six-wheeled robotic vehicle, will then roll out from the lander to carry out various tests on the lunar soil, especially detecting the presence of water and minerals there, during its mission life of one Lunar day, equal to 14 Earth days.

Sivan earlier said the soft landing on the Moon will be a “terrifying” moment as it is something that has not been done before, whereas the Lunar Orbit Insertion manoeuvre was successfully carried out during the earlier Chandrayaan-1 mission.