Rahul Gandhi has not violated Twitter's policy by sharing pictures of the victim's family which were already in public domain, says party 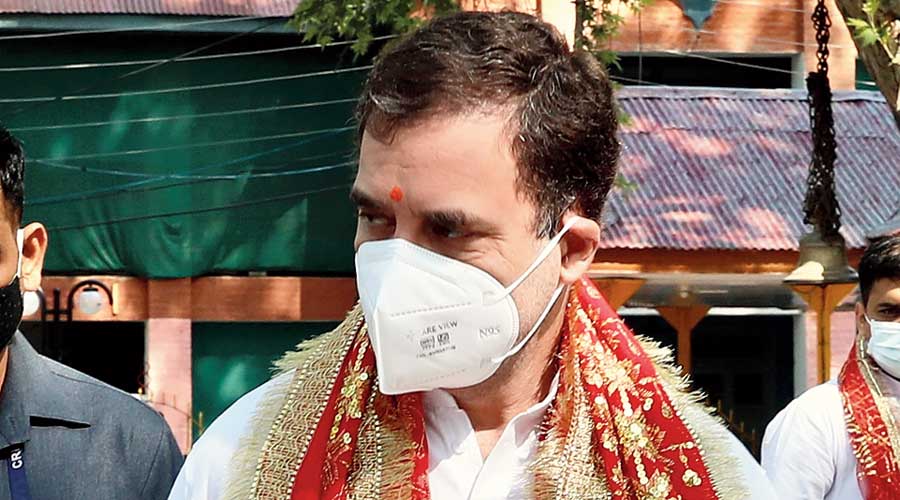 The Congress on Friday questioned Prime Minister Narendra Modi's silence' on the alleged rape and murder of a 9-year-old Dalit girl in Delhi and accused the central government of suppressing the voice of those seeking justice for her.

The party said its leader Rahul Gandhi has not violated Twitter's policy by sharing pictures of the victim's family which were already in public domain and that the microblogging giant was acting under pressure of the government.

It also accused the social media platform of "playing with democracy in the country" by blocking the accounts of the principal opposition party and its leaders.

The party alleged that Gandhi and the Congress were being punished for standing with the Dalits, but they will continue to raise their voice for justice.

Speaking at a joint press conference, Congress spokesperson Supriya Shrinate and former MP Udit Raj alleged that the Modi government was "anti-woman" and "anti-Dalit" and the same reflected in their actions.

Shrinate said instead of getting justice for the victim's family, the government was busy suppressing the voice of those standing with the family, including Rahul Gandhi.

"The prime minister, home minister and other ministers are silent on crime against girls in the national capital. The entire country is surprised that even after 13 days, the PM and the government are silent and have not uttered a single word on the incident, she told reporters.

She further alleged that the Union government, PM Modi or Home Minister Amit Shah do not have any fear of democracy or the law and neither do they care about the constitution.

"The prime minister and his government could not protect the victim, but at least they should talk about providing her justice and compensation, and punishing the perpetrators of the crime," Shrinate added.

The entire debate today, the Congress spokesperson said, is on why the photograph (of victim's family) was shared and is diverting from the real issue of providing justice to the girl.

She said this is the fight for morality .

Taking a dig at the central dispensation, Shrinate said eight ministers can come to talk about the Monsoon Session, but will not speak a word on crime against minor girls.

The Congress leader was apparently referring to the Centre fielding a battery of eight ministers at a news conference to take on the opposition over the ruckus in Parliament during the Monsoon Session.

Taking on Twitter, Shrinate said the microblogging site is against its own publicly prescribed policies.

"We did not violate the rules. Rahul Gandhi was trying to help the family of the victim seeking justice. What Twitter is doing is being done under government pressure," she alleged.

The 9-year-old Dalit girl was allegedly raped and killed in southwest Delhi's Old Nangal area. She died under suspicious circumstances on August 1 even as her parents alleged that she was raped and forcibly cremated by a crematorium's priest.

Meanwhile, former MP Udit Raj alleged that under RSS and BJP's Ram Rajya , Dalits have no value and respect as no RSS or BJP supporter went to Delhi's Old Nangal village to meet the family of the nine-year-old girl.

"The value of Dalits in the eyes of RSS and the BJP is even less than a cow. At least Modi ji, Amit Shah ji or Mayawati ji should have tweeted for the victim," he said.

"The only fault of Rahul Gandhi is that he is standing with Dalits and its daughter, and that is why, his party is being punished," Raj, the Dalit leader, said.