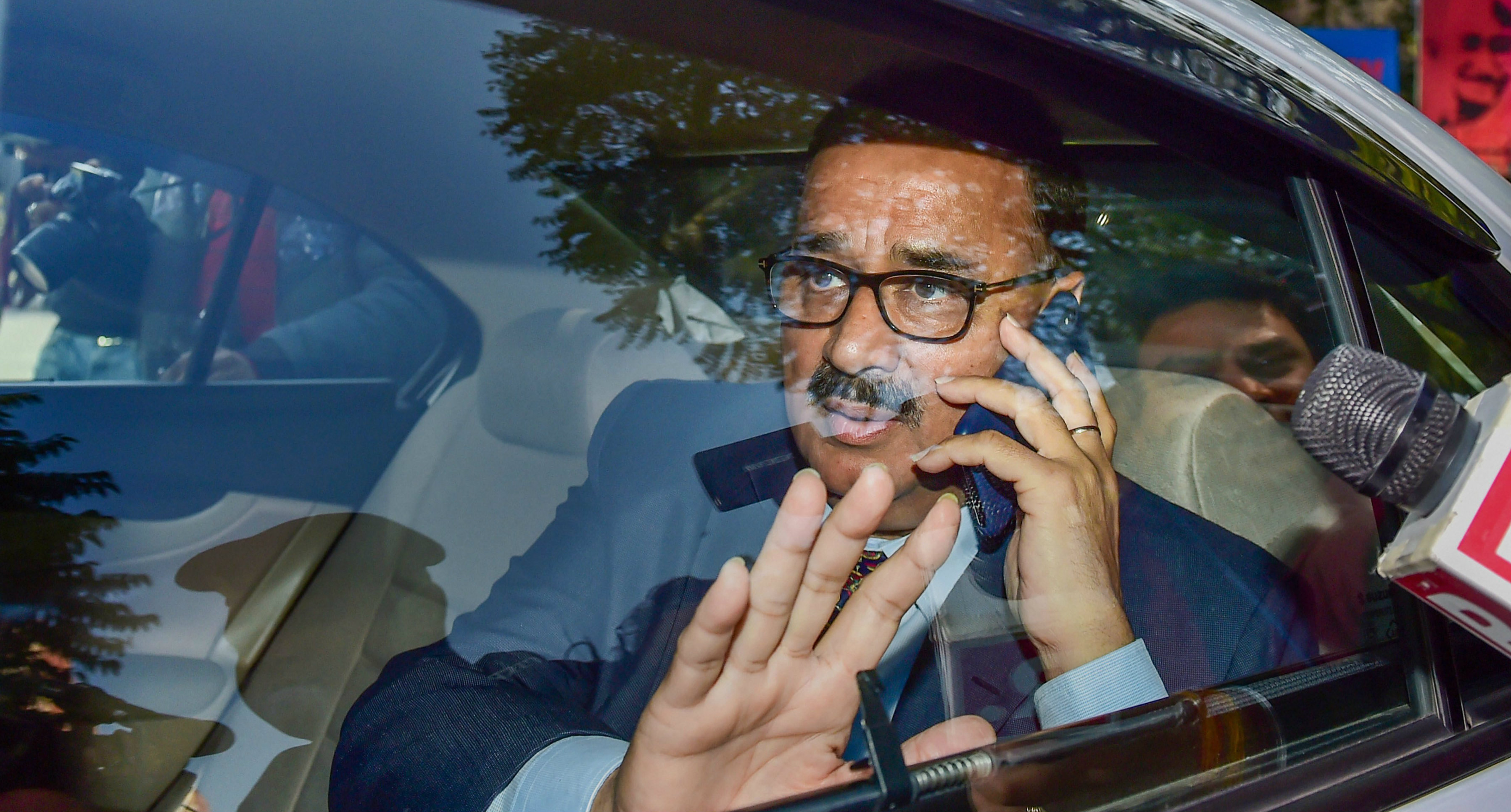 An astounding race against time blasted off the blocks in the highest echelons of the country on Wednesday with the Narendra Modi government as well as the reinstated CBI director setting a blistering pace.

The government rejected an Opposition plea for time and convened at night itself a meeting in an attempt to decide the fate of Alok Verma, who retook the reins of the CBI a day after the Supreme Court cleared his conditional reinstatement.

The haste was striking since the Supreme Court had given one week to take the decision and Verma is scheduled to retire on January 19. The tearing hurry served to reinforce suspicions that the government is desperate to prevent Verma from taking some action.

Verma, too, hit the ground running after his 77-day exile, annulling most of the transfers carried out by M. Nageshwar Rao, who was holding charge as interim director.

Although the government was in a tearing hurry, the selection committee meeting that has been asked by the court to look into corruption charges against Verma could not take any decision on Wednesday night as full information was sought about the case purportedly made out against him by the Central Vigilance Commission (CVC).

The CVC report was given to the committee members at the meeting that started around 8pm.

The CVC had submitted the report, prepared under the supervision of retired Justice A.K. Patnaik, to the Supreme Court in a sealed cover on the complaints against Verma by special director Rakesh Asthana, who is considered close to the political leadership.

The selection committee is made up of Prime Minister Narendra Modi, Congress leader Mallikarjun Kharge and Justice A.K. Sikri, the second senior-most Supreme Court judge who was included after Chief Justice of India Ranjan Gogoi recused himself because he himself had authored Tuesday’s judgment delivered by a three-judge bench.

The selection committee is expected to meet again on Thursday.

Congress leaders privately claimed that the government was determined not to allow Verma to work before his retirement and open itself to the risk of a probe into the Rafale deal.

On getting the invite for the meeting, Kharge had written in the morning to the Prime Minister seeking a postponement till Friday as he had not yet read the Supreme Court verdict owing to his preoccupation with Parliament.

Verma arrived at the CBI headquarters around 10.40am on Wednesday and was received by Rao.

On the morning of October 24, a few hours after the midnight operation in which Verma was benched, Rao had shunted out seven officers, including those probing corruption cases against Asthana. Among those transferred was deputy superintendent of police A.K. Bassi who was sent out to Port Blair. On Wednesday, Verma issued two orders “withdrawing” all the transfers ordered by Rao between October 24, 2018, and January 3, 2019.

Verma remained in office till late in the night, PTI quoted officials as saying.