Slew of schemes comes on eve of govt’s anniversary, financial, educational support to be provided 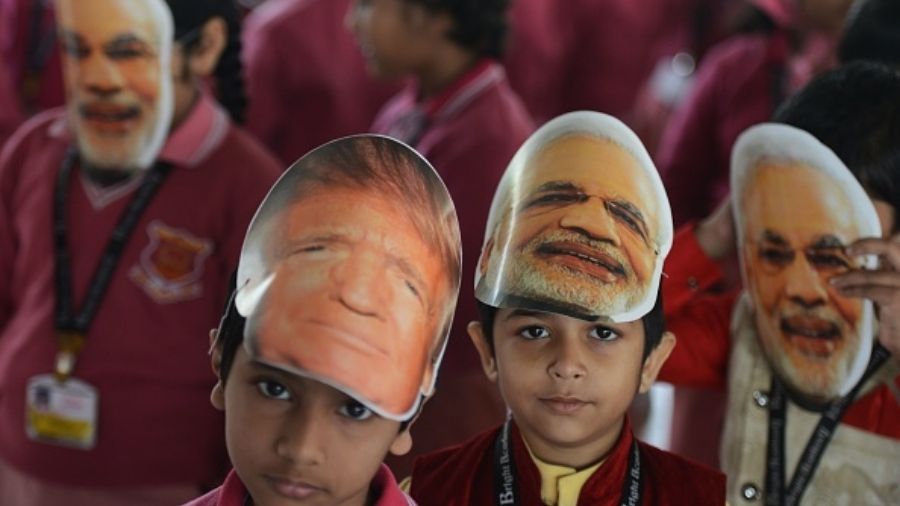 The Prime Minister's Office (PMO) said in a statement that fixed deposits will be opened in the names of such children, and the PM-CARES fund will contribute through a specially designed scheme to create a corpus of Rs 10 lakh for each of them.
Getty Images
Our Bureau, Agencies   |   New Delhi   |   Published 29.05.21, 07:14 PM

On the eve of his government's anniversary in its second term, Prime Minister Narendra Modi on Saturday announced a number of welfare measures for children who lost their parents to Covid-19, including ensuring a corpus of Rs 10 lakh when they turn 18 and providing for their education.

Chairing a meeting to deliberate on steps that can be taken to support such children, he said they will be supported under the "PM-CARES for Children" scheme.

The Prime Minister's Office (PMO) said in a statement that fixed deposits will be opened in the names of such children, and the PM-CARES fund will contribute through a specially designed scheme to create a corpus of Rs 10 lakh for each of them when he or she reaches 18 years of age.

This corpus will be used to give a monthly financial support or stipend from 18 years of age for the next five years to take care of his or her personal requirements during the period of higher education. On reaching the age of 23 years, they will get the corpus amount as one lump-sum for personal and professional use.

While announcing these measures, Modi emphasised that children represent the country's future and the government will do everything possible to support and protect them so that they develop as strong citizens and have a bright future.

"The PM said that in such trying times it is our duty, as a society, to care for our children and instil hope for a bright future. All children who have lost both parents or surviving parent or legal guardian/adoptive parents due to Covid-19 will be supported under PM-CARES for Children' scheme," he said, according to the statement.

Highlighting measures for their education, the PMO said children under 10 years will be given admission in the nearest Kendriya Vidyalaya or in a private school as a day scholar.

“If the child is admitted in a private school, fees as prescribed under the Right to Education Act norms will be given from the PM-CARES fund, and it will also pay for expenditure on uniforms,textbooks and notebooks,'' the PMO added.

As an alternative, scholarships equivalent to the tuition fees or course fees for undergraduate and vocational courses will be provided to them under the central or state government schemes.

For children who are not eligible under the existing scholarship schemes, PM CARES will provide an equivalent scholarship.

All children will also be enrolled as a beneficiary under the Ayushman Bharat Scheme, or Pradhan Mantri Jan Arogya Yojana (PM-JAY), with a health insurance cover of Rs 5 lakh. The premium amount for these children till the age of 18 years will be paid by PM-CARES, it said.

Modi said the measures being announced have only been possible due to the generous contributions to the PM-CARES fund which will support India's fight against Covid-19.

As many as 577 children across the country were orphaned after their parents succumbed to Covid-19, Women and Child Development Minister Smriti Irani had said earlier this week citing reports of states and union territories from April 1 till May 25.