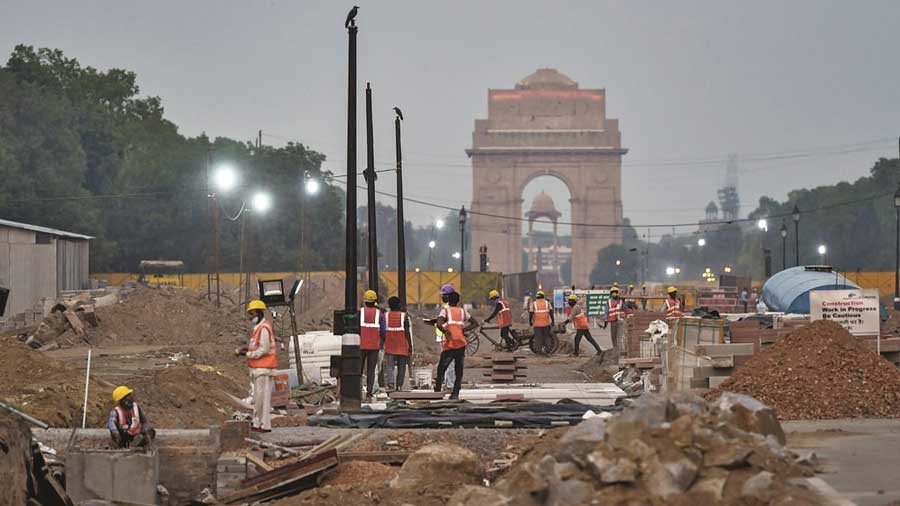 The Centre Wednesday assured the Delhi High Court that nothing is happening to Delhi Waqf Board properties in the vicinity of the ongoing Central Vista Redevelopment Project.

Solicitor General Tushar Mehta urged Justice Sanjeev Sachdeva to adjourn for three weeks the Board's plea seeking preservation and protection of its heritage properties that are likely to be impacted by the project and said that being a long plan, the redevelopment has not reached the properties in question.

"Kindly have it after three weeks. Nothing is happening to these properties. My learned friend (petitioner) can rest assured. We are before your lordship. It is a very long plan and we have not reached anywhere near it," said the solicitor general who represented the Centre.

The court adjourned hearing in the case till January 20, saying it has full faith in the Solicitor General and turned down the request of the senior lawyer representing the petitioner to take the statement on record.

In its petition, the Delhi Waqf Board represented by senior advocate Sanjoy Ghose -- has sought the preservation and protection of six of its properties in the area in which the redevelopment work is ongoing -- Masjid Zabta Ganj at Mansingh Road, Jama Masjid at Red Cross Road, Masjid Sunehri Bagh Road Near Udyog Bhawan, Mazar Sunehri Bagh Road behind Moti Lal Nehru Marg, Masjid Krishi Bhawan inside Krishi Bhawan Compound and Masjid Vice President at the official residence of the Vice President of India.

Claiming that the six properties are more than an ordinary mosque and have a distinction attached to them , the petition has stated that neither the British Government nor the government of India ever created any hindrance in the observance of religious practices at these properties which were always preserved.

The waqf properties, subject matter of the present petition, are all more than 100 years old and are continuously being used for religious purpose. It is not the case that the Government Buildings were built first and thereafter these properties came into existence, to the contrary, these properties were well in existence when the Government buildings were constructed around them or in the vicinity, the petition filed through lawyer Wajeeh Shafiq has claimed.

In September, the court had granted time to the Centre to state its stand on the petition.