He told the attorney-general that the Centre and the states had the responsibility of providing security to judges, who have been facing constant threats from gangsters 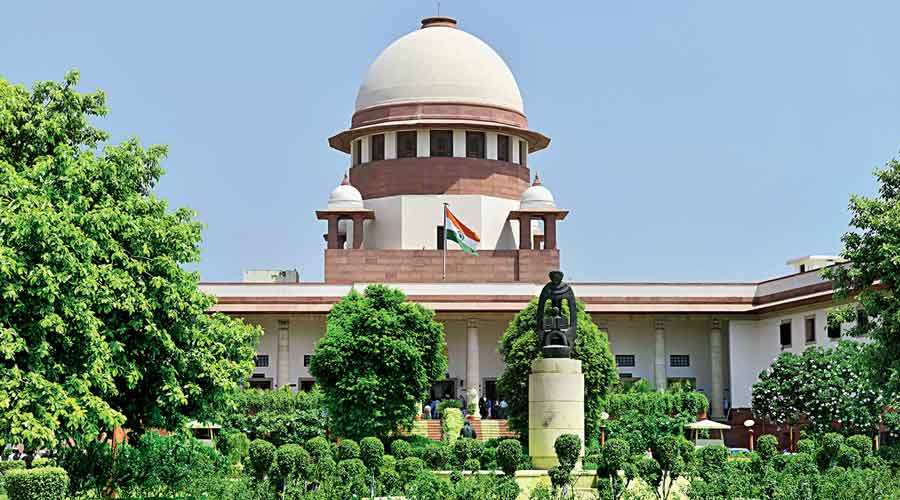 Chief Justice of India N.V. Ramana on Friday expressed disapproval of a “new trend” of judges being attacked or threatened, regretted that the CBI and other law-enforcement agencies were “not helping the judiciary at all” and reminded the government of its responsibility of protecting judges.

“It’s a new trend in this country, unfortunately. There’s no freedom for judges to complain. Even though judges complain to police or the CBI, they don’t respond. The IB, the CBI aren’t helping the judiciary at all. I’m making this statement with a sense of responsibility,” CJI Ramana, sitting in a bench with Justice Surya Kant, told the attorney-general, the highest law officer of the land.

“It’s a new trend in this country. If an adverse order is passed, then the judiciary is maligned. Even though judges complain, the CBI, the IB and other officers don’t help the judiciary at all,” Justice Ramana added.

The CJI told attorney-general K.K. Venugopal that the Centre and the states had the responsibility of providing security to judges, who have been facing constant threats from gangsters and influential persons for adverse orders passed against them.

The Supreme Court was dealing with the suo motu case of the death of Jharkhand additional district judge Uttam Anand at Dhanbad on July 28. Judge Anand’s family has lodged a murder FIR after video footage showed an auto-rickshaw swerving sharply from the middle of the lane and hitting him while he was on a morning walk. The judge had denied bail to two gangsters days earlier.

The Supreme Court last week took suo motu cognisance of the case as it “concerns the larger issue of safety and security of judicial officers in the country”. The CBI has taken over the probe into Judge Anand’s death.

As soon as the proceedings began on Friday, CJI Ramana told attorney-general Venugopal: “We sought your assistance in the matter, the way incidents are happening in this country, attacks on judges of trial courts and high courts.

“There are several cases in the country which involve gangsters and where high-profile people are accused. Some judges are threatened mentally also (through) messages on WhatsApp and SMSes. Complaints were made but the CBI has done nothing. No change in the CBI’s attitude, sorry to observe.”

Venugopal agreed with Justice Ramana’s observation that judges were now among the most vulnerable of people and officials who were facing threats.

Justice Ramana told Venugopal: “At one or two places, courts ordered CBI inquiries. It is sad to say the CBI has done nothing. We had expected some change in the CBI’s attitude (but) there has been no change. We are sorry to observe that.”

Venugopal agreed with the court that there have been instances of judges hearing cases involving gangsters and high-profile people having received threat calls with the caller saying he knew which car the judge was in.

CJI Ramana told the attorney-general that an application had been filed by some petitioners alleging that anti-social elements were entering courts in several states and seeking security measures to ensure that judges could work independently.

The apex court asked the Centre, states and the Union Territories to file counter-affidavits on the steps being taken to protect judges from goons and criminals.

The bench was not satisfied with the submission of Rajiv Ranjan, the advocate-general of Jharkhand, mentioning that the state had transfer the case of judge Anand to the CBI. “So you washed your hands off (the case)?” Justice Ramana said.

The court directed the CBI to file a status report on the investigation.

The Supreme Court pulled up the Centre for failing to fill 241 vacancies in various tribunals and told solicitor-general Tushar Mehta that it would summon the officials concerned for not making appointments despite the names being cleared.

“You want to continue the tribunals or close them down?” CJI Ramana, sitting on a bench with Justice Surya Kant, asked Mehta.

The names of chairpersons and members of these tribunals are recommended by the CJI or another senior judge of the Supreme Court. The court noted that recommendations for filling the posts had been made, some of them more than a year ago.

“The impression we are getting is that the bureaucracy does not want the tribunals. You have also changed the qualifications and tenures. This is unending,” the bench told the solicitor-general.

“You cannot in this manner make the tribunals defunct. If you don’t want the tribunals, we will restore the jurisdiction of the high courts. We cannot keep people without remedy. If you want it to continue, then fill the vacancies,” Justice Ramana told the Centre.

There has been friction between the judiciary and the Centre since 2014, when the Narendra Modi government came to power.

On April 20 this year, the Supreme Court issued directions to the Centre for expediting the appointment of judges, besides exercising its extraordinary powers to permit selection of retired judges as ad hoc judges of high courts to clear the massive backlog of 57 lakh cases.

The apex court had taken suo motu cognisance of the 40 per cent vacancies in high courts across the country. Against the sanctioned strength of 1,080 high court judges, there are presently 664.