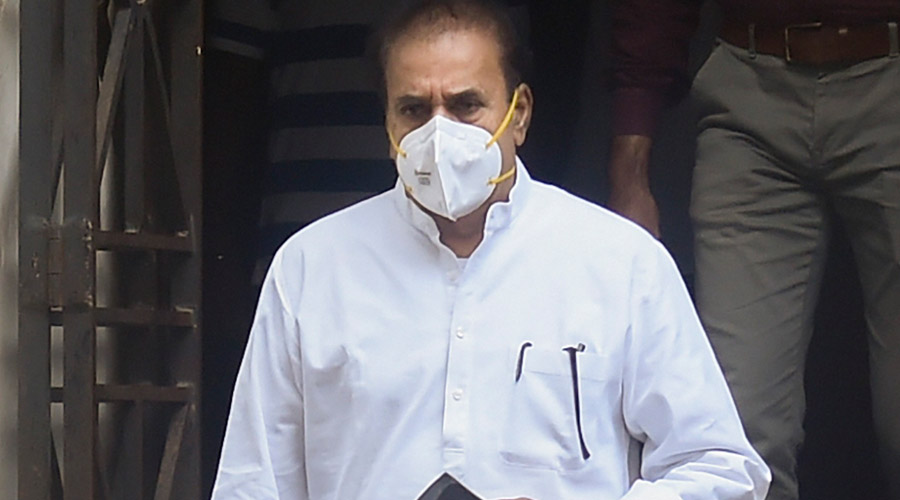 Pandey was questioned for nearly six hours over the allegations of attempting to influence former commissioner Param Bir Singh to withdraw his complaint against Deshmukh while the Bombay High Court was hearing the case, they said.

The agency has booked Deshmukh and unidentified others under IPC sections related to criminal conspiracy and section of Prevention of Corruption Act for "attempt to obtain undue advantage for improper and dishonest performance of public duty".

In his letter to Chief Minister Uddhav Thackeray, after he was removed from Mumbai Police Commissioner's post, Param Bir Singh had alleged Deshmukh allegedly asked Sachin Waze, a Mumbai police officer now sacked in Antilia security breach case, to allegedly extort over Rs 100 crore a month from bars and restaurants of Mumbai, they said.

"The Preliminary Enquiry prima facie revealed that a cognizable offence is made out in the matter, wherein the then Home minister of Maharashtra, shri Anil Deshmukh and unknown others have attempted to obtain undue advantage for improper and dishonest performance of their public duty," the CBI FIR has alleged.

According to the CBI manual, a preliminary enquiry is initiated to assess if there is enough prima facie material in the allegations to proceed with a regular case for a full fledged probe, officials said.

The CBI enquiry found Waze, who was arrested later by NIA, had been reinstated into the police force after being out of of service for more than 15 years.

Waze was entrusted with most of the sensational and important cases of Mumbai City Police and Deshmukh, the then home minister, was in knowledge of the said fact, the FIR alleged.