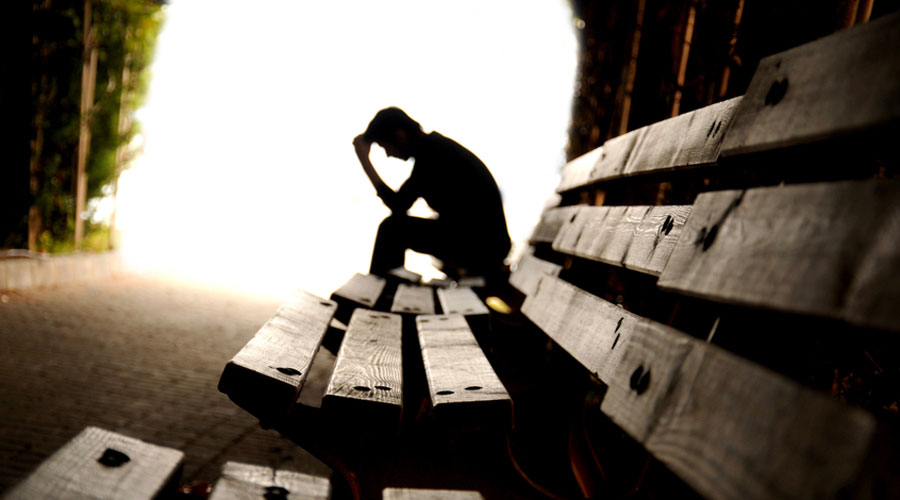 Severe disruptions to learning and working, compounded by the health crisis, have led to a deterioration in young people’s mental well-being, the survey found. One in two young people are possibly suffering from anxiety or stress, of which 17 per cent have probably been affected by depression.
Shutterstock
Our Special Correspondent   |   New Delhi   |   Published 21.08.20, 03:41 AM

Every second youth in 112 countries, including India, has been possibly subjected to anxiety and stress while one in six youths has probably been affected by depression because of an uncertain career and disruptions in education, a new global survey has found.

The Global Survey on Youth and Covid-19 conducted by the International Labour Organisation (ILO) and partners covered 12,000 youths in the age group of 20-29 years between April and May this year when the pandemic had perpetrated an economic crisis.

The online survey asked the respondents about employment, education, mental well-being, rights and social activism. It found that one in six young people who were employed before the outbreak had lost their job. The working hours among employed youths had fallen by nearly a quarter, which is about two hours a day. Two out of five young people, 42 per cent, reported a reduction in their income.

The findings of the survey released last week suggested over 70 per cent of the respondents who were either studying or combining study and work had been adversely affected by the closing of educational institutions. About 65 per cent of the respondents reported to have learnt less since the onset of the pandemic because of the deep digital divide.

Severe disruptions to learning and working, compounded by the health crisis, have led to a deterioration in young people’s mental well-being, the survey found. One in two young people are possibly suffering from anxiety or stress, of which 17 per cent have probably been affected by depression.

“Thirty-eight per cent of young people, globally, are uncertain about their future career prospects and 16 per cent fearful,” the survey said.

The report underlined the importance of safeguarding the mental well-being of youths through mental health services and psychosocial support.

Dr Sanjay Gupta, professor of psychiatry at Banaras Hindu University (BHU), explained the aspects of mental stress and precautions to be taken in the context of the global survey’s findings.

Gupta said every individual lives in a milieu defined by various domains like personality, job life and past history. Problem in any of these domains may lead to stress and later anxiety disorder or depression.

He said a majority of people in the age group of 20-29 that this study had captured were engaged in higher studies or qualified. Their next step is entry into the job market and it is clear the Covid crisis has led to increased stress, the professor said.

“The formula is DEPSAFE, which means determination to defeat depression, engagement in fruitful activities of choice, exercise, both physical and mental, positivity, self-talk by chanting five times a day the mantra ‘Aaj jo hoga, achha hoga, aaj jo hona hai, bahut achha hona hai (whatever happens today will be for the good, what actually happens will be very good), sanitation and social distancing, accept and adapt to the situation, flexibility to listen to other persons’ views, explore new avenues for growth, and creating the environment to be sensitive, supportive and caring,” Gupta said.

Labour economist Prof. Ravi Srivastava said the findings of the global survey were very much evident in India. He said education of youths and jobs had been the major casualty of the pandemic.

“Digital learning needs handholding in addition to gadgets and good quality Internet connection. In developing economies like India, access to online education has been a major issue ever since the pandemic started,” he said.

About the decline in formal jobs, Srivastava said the ongoing process of retrenchment and salary cuts were unlikely to stop for the next several months till economic activities were restored.

The survey also found that one in three young people felt a significant impact on their ability to participate in public affairs, including peaceful protests.

“More than one-quarter of young people (27 per cent) stated that the pandemic had significantly impacted their ability to exercise the right to freedom of religion or belief,” the report said.