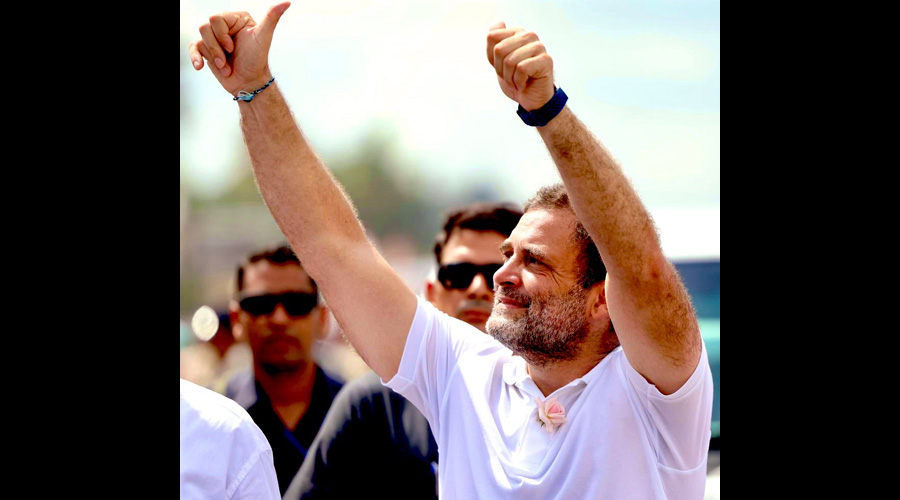 Congress leader Rahul Gandhi on Thursday attacked the BJP over the alleged kidnapping and murder of two Dalit girls in Uttar Pradesh's Lakhimpur Kheri, saying women's security cannot be expected from those facilitating the release of rapists.

The two teenage sisters were found hanging from a tree in a sugarcane field located about a kilometre away from their house in Nighasan police station limits in Lakhimpur Kheri on Wednesday, police said.

Six persons were arrested on Thursday in connection with the rape and murder of the two girls.

"The kidnapping and murder of two minor Dalit sisters in Lakhimpur in broad daylight is a very disturbing incident," Rahul said in a tweet in Hindi.

"Women's safety cannot be expected from those facilitating the release of rapists and welcoming them," the former Congress chief said alluding to last month's release of 11 convicts in the Bilkis Bano gangrape case from Godhra sub-jail after the BJP-led Gujarat government allowed their release under its remission policy.

Rahul stressed on the need for creating a safe environment in the country for women.

As soon as the news about the alleged murder of the Dalit girls broke, Congress General Secretary Priyanka Gandhi Vadra attacked the BJP-led Uttar Pradesh government over "increasing" crimes against women in the state.

"The killings of two sisters in Lakhimpur (UP) are heart-wrenching. The relatives say that the girls were abducted in broad daylight," Priyanka Gandhi said in a tweet in Hindi.

"Giving false advertisements in newspapers and television every day does not improve law and order. After all, why are heinous crimes against women increasing in Uttar Pradesh?" the Congress general secretary said.

"When will the government wake up," she asked.

"As per preliminary investigation, the two sisters left their home on Wednesday afternoon on the persuasion of Junaid and Sohail. Junaid and Sohail have confessed that they strangulated the girls after raping them," said the SP.