Known to be close to Modi and Shah, he will also handle chemicals and fertilisers; the chemicals ministry is responsible for drug and vaccine manufacturing 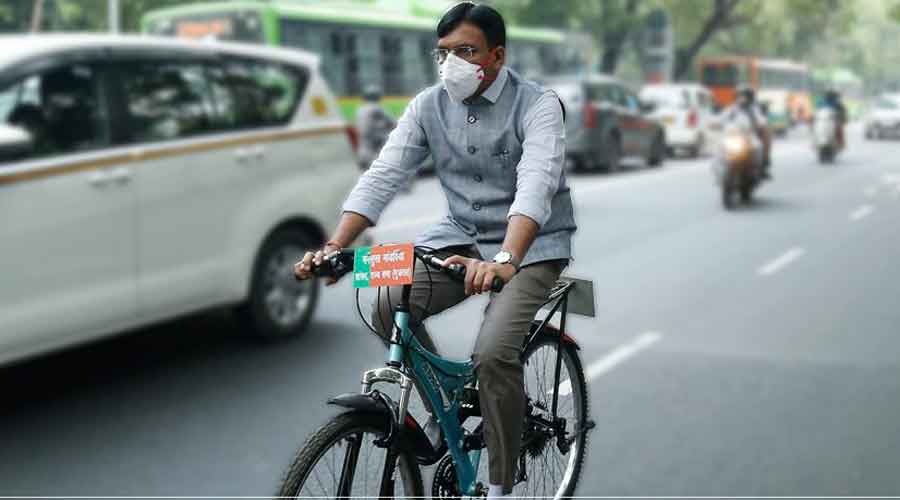 Home minister Amit Shah has been given additional charge of the new cooperation ministry, created to strengthen the cooperative sector, while fellow Gujarati Mansukh Mandaviya has got the health ministry.

Mandaviya, known to be close to Prime Minister Narendra Modi and Shah, will also handle chemicals and fertilisers. The chemicals ministry is responsible for drug and vaccine manufacturing.

Dharmendra Pradhan has been made the new education minister and given additional charge of the skill development ministry. He used to handle the petroleum and steel ministry.

Jyotiraditya Scindia, the high-profile defector from the Congress, is the new civil aviation minister, a portfolio his father Madhavrao Scindia once held.

Anurag Singh Thakur, a former BCCI president known for chanting the inflammatory “goli maro salon ko (shoot the traitors)” slogan during the Delhi election campaign last year, has been given the key ministries of sports & youth affairs and information & broadcasting.

As I&B minister, he will be the official spokesperson for the government. Thakur was a junior finance minister but has been promoted to cabinet rank.

Ashwini Vaishnaw, a former IAS officer and technocrat, is the new minister for railways and information technology.

The railways portfolio was held by Piyush Goyal, who now has charge of the textile ministry in addition to commerce and consumer affairs.

Former Assam chief minister Sarbananda Sonowal is the minister for ports, shipping and waterways besides ayush.

Giriraj Singh, a minister known for his communal remarks, has been given the rural development portfolio.

Bhupender Yadav, another key entrant, has charge of environment, forests and climate change along with labour, taking over from Prakash Javadekar and Santosh Gangwar, respectively.

The two Bihar allies in the cabinet — the JDU’s R.C.P. Singh and the LJP’s Pashupati Paras — have got relatively low-profile ministries, steel and food processing, respectively.