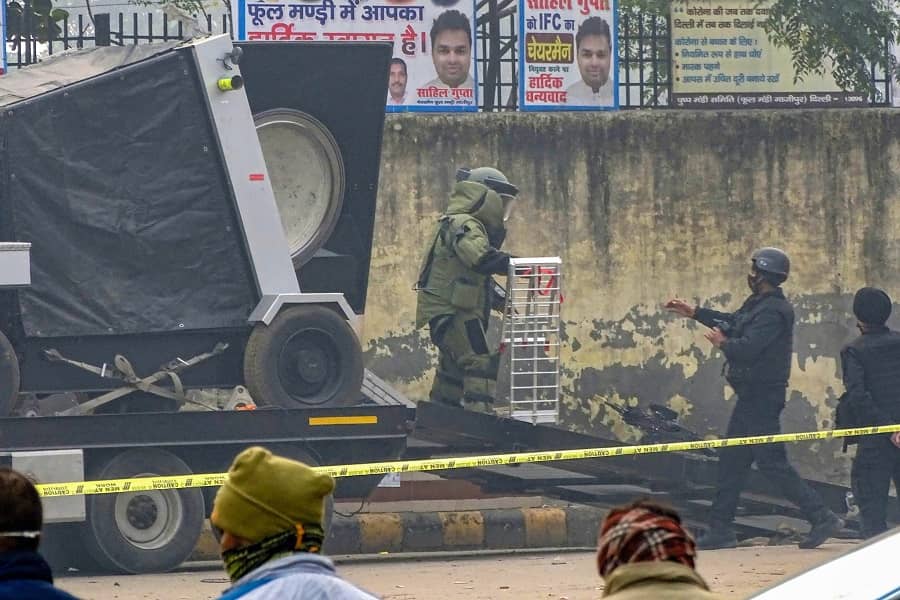 An improvised explosive device (IED) stuffed with RDX and ammonium nitrate was found inside an unattended bag at the Ghazipur flower market here on Friday morning but it was later defused, officials said.

The explosive was kept in an iron box and concealed in a black backpack.

The incident comes ahead of Republic Day celebrations on January 26 for which the security apparatus in the national capital is already on high alert.

“The explosive prima facie looks to be a mix of RDX and ammonium nitrate. It was about 3kg in weight and there were some shrapnel embedded,” director-general of National Security Guard M.A. Ganapathy told PTI.

Another NSG officer said they were alerted by the Delhi police about the suspicious object around 11am and soon after a team of its bomb detection and disposal experts and a heavy metal container called total containment vessel tugged to a truck reached the market, located close to Delhi’s border with Uttar Pradesh.

Fire officials said they received the information about the suspicious bag at 10.19am.

Officials from the special cell of Delhi police and fire department also reached the spot.

“The IED was destroyed around 1.30pm by using a controlled explosion technique after it was lowered into a deep pit in the area. The samples of the IED have been collected and a detail report will be sent to the Delhi police,” the NSG officer said.

According to preliminary investigation, the bomb was placed at the main gate of the flower market.

“It is suspected that the accused did the recce before planting the bomb and we suspect there was a timer placed inside it. The investigation is still underway to ascertain who placed the bomb and how,” a senior police official said.

A case will be registered under the Explosives Act as of now, he said. PT

All the CCTV cameras installed in and around the vicinity of the scene of crime are being scanned to identify the accused and ascertain the sequence of events that unfolded.

Two teams, including senior experts of Rohini’s Forensic Science Laboratory, are currently at the spot for inspection and collection of exhibits, officials said.