He is in the Himalayan nation for a friend's wedding and has not gone there uninvited: Randeep Surjewala 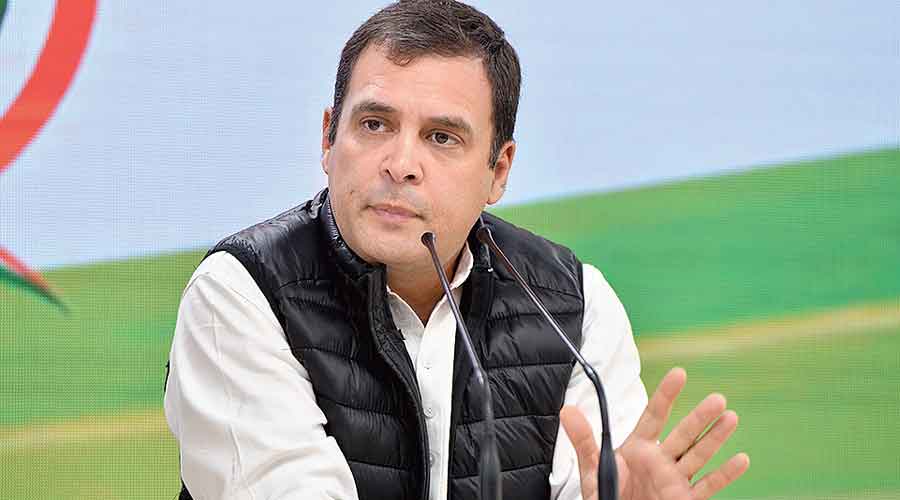 A video of Rahul Gandhi went viral on social media on Tuesday triggering a row, with the BJP saying he was at a "nightclub" when his party is "exploding", evoking a sharp response from the Congress which said he was in Nepal to attend the marriage of a journalist friend, and that is "not a crime".

"Rahul Gandhi was at a nightclub when Mumbai (in 2008) was under seize(sic). He is at a nightclub at a time when his party is exploding. He is consistent. Interestingly, soon after the Congress refused to outsource their presidency, hit jobs have begun on their Prime Ministerial candidate...," Malviya said in the tweet.

"Colourful programme," BJP leader and Union minister Giriraj Singh in a tweet in Hindi while sharing the video.

Congress general secretary and chief spokesperson Randeep Surjewala hit back, saying Gandhi was in Nepal for a private wedding and has not gone there uninvited. He also said it was not a crime to attend the wedding of a friend or a family member.

"Rahul Gandhi has not gone as an uninvited guest like Prime Minister Narendra Modi had gone to Pakistan to celebrate the birthday and cut cakes for the then Pakistan PM Nawaz Sharif. Rahul Gandhi has gone to a friendly country Nepal to participate in a private marriage function of a friend. By chance, the friend also happens to be a journalist," he said.

Surjewala also hit out at the RSS, saying it is not a crime to attend weddings of family and friends as it "is part of our culture, unlike the RSS'".

"Last I checked, having a family in this country and having friends, attending marriage and engagement ceremonies is a matter of our culture and civilisation. It has still not become a crime in this country to be married, to be friends with someone or to attend their marriage celebration. Maybe after today, Prime Minister Modi or the BJP may decide that it is illegal to attend a marriage. They may say it is a crime to have friends or participate in family functions," he said. "But, do let me know so that we all change our status and habits and civilisational practices of attending marriages of friends, as also family members," Surjewala also said.

Trinamool Congress MP Mahua Moitra also slammed the BJP over the issue. "How on earth is it anybody's business whether @RahulGandhi or anybody else is in nightclub or at wedding in private time? Sick @BJP trolls in charge should stick to doing what they do best- leading double lives with beer in teapots," she tweeted.

Gandhi arrived in Nepal on Monday on a five-day private visit.

According to The Kathmandu Post newspaper, the Congress leader is in the country's capital to attend the wedding of his Nepali friend Sumnima Udas.

"We had extended an invitation to Gandhi to attend the wedding of my daughter, said Bhim Udas, Sumnima's father who also served as Nepal's Ambassador to Myanmar.

Sumnima, a former CNN correspondent, is getting married to Nima Martin Sherpa, the report had said.

The marriage function is planned for Tuesday and a reception will be held on May 5 at the Hyatt Regency Hotel in Bauddha, Bhim said.

Interestingly, soon after the Congress refused to outsource their presidency, hit jobs have begun on their Prime Ministerial candidate... pic.twitter.com/dW9t07YkzC

Osmania varsity says no to Rahul