Screenshots of the home page, which went viral, show expletive filled messages and a meme of Narendra Modi with German Chancellor Angela Merkel 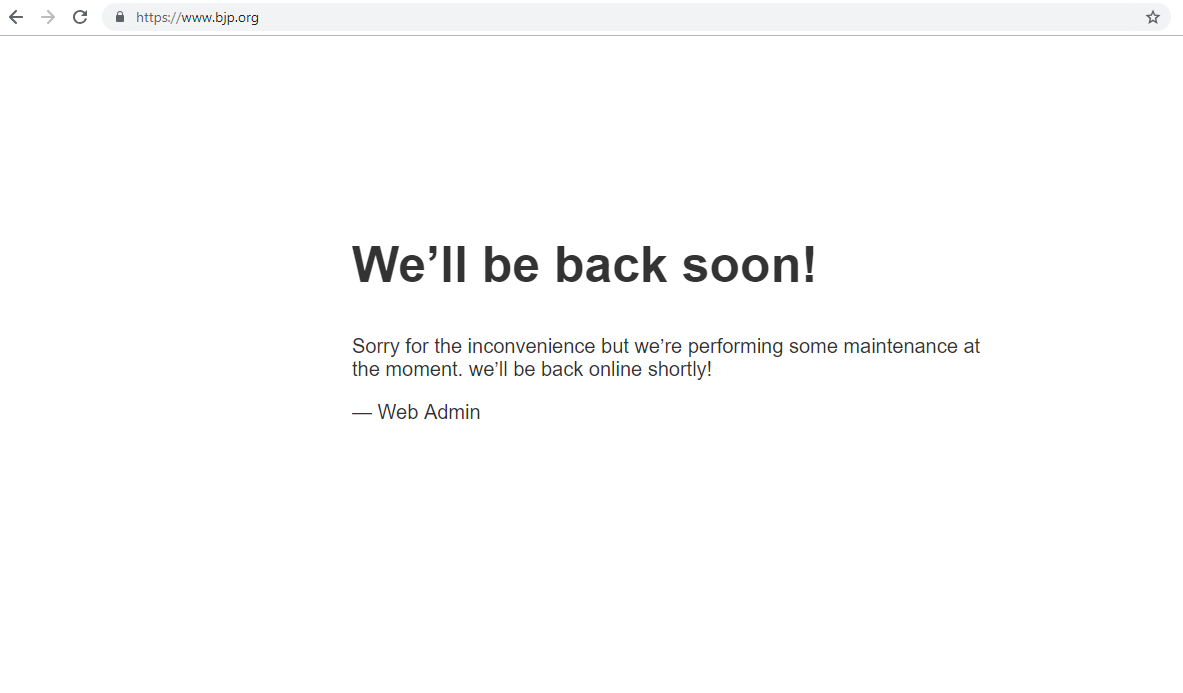 The official website of the Bharatiya Janata Party, http://www.bjp.org, was taken offline on Tuesday after hackers defaced the site.

No group or individual has claimed responsibility.

An official response from the party is awaited.

Screenshots of the site's home page, which went viral on social media, show expletive filled messages and even a meme of Prime Minister Narendra Modi with German Chancellor Angela Merkel. Some of the posts were from about 11 am in the morning.

A message on the home screen from the admin, however, says it will be back up soon.

'We'll be back soon! Sorry for the inconvenience but we're performing some maintenance at the moment. we'll be back online shortly!' the message read.