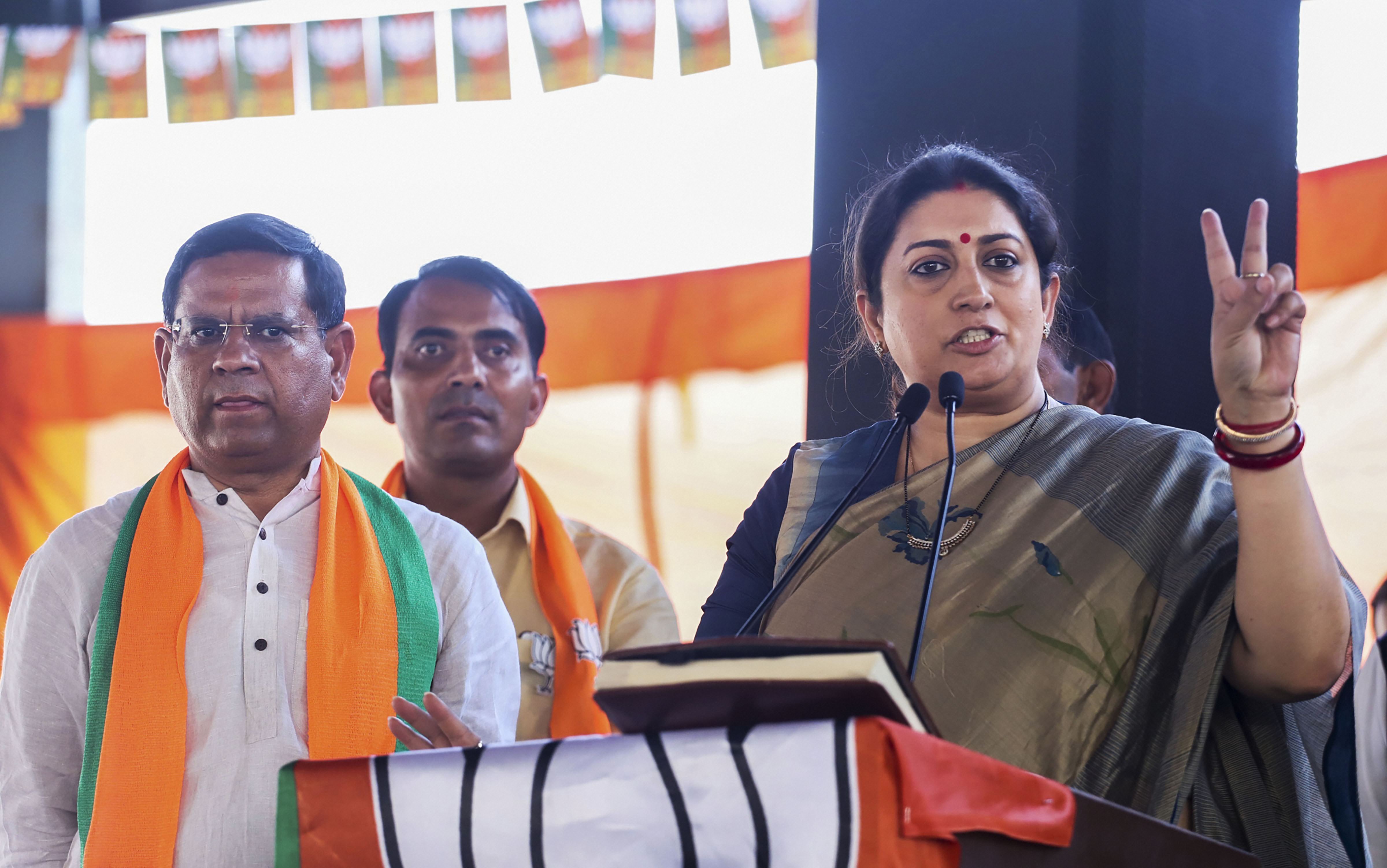 The BJP on Sunday released its election manifesto for the October 21 Haryana Assembly polls, terming it as a 'Sankalp Patra'.

The BJP, which described its manifesto as a commitment paper that represents all sections of the society, promised to give collateral free loans of up to Rs 3 lakh to people belonging to the scheduled caste community, if voted to power again.

It also pledged to give interest free crop loan of up to Rs 3 lakh to farmers.

'It is a commitment paper and it is a serious and studied document. A lot of effort has gone into its preparation. This is a pragmatic and practical paper,' BJP national working president J. P. Nadda said while addressing the media in Chandigarh.

'This commitment paper represents all sections of the society. Its focus is on addressing a person sitting on the last pedestal,' he said.

The party also promised to provide skill training with an outlay of Rs 500 crore to 25 lakh youths.

'There will be old age pension of Rs 3,000, Haryana will be made tuberculosis free and farmers' income will be doubled by 2022,' the manifesto states.

The focus will also be on comprehensive healthcare, said Nadda, adding that 2,000 health and wellness centre will be set up.

He also said 1,000 'khel' (sports) nurseries will also be set up in the state, if the party is voted to power again.