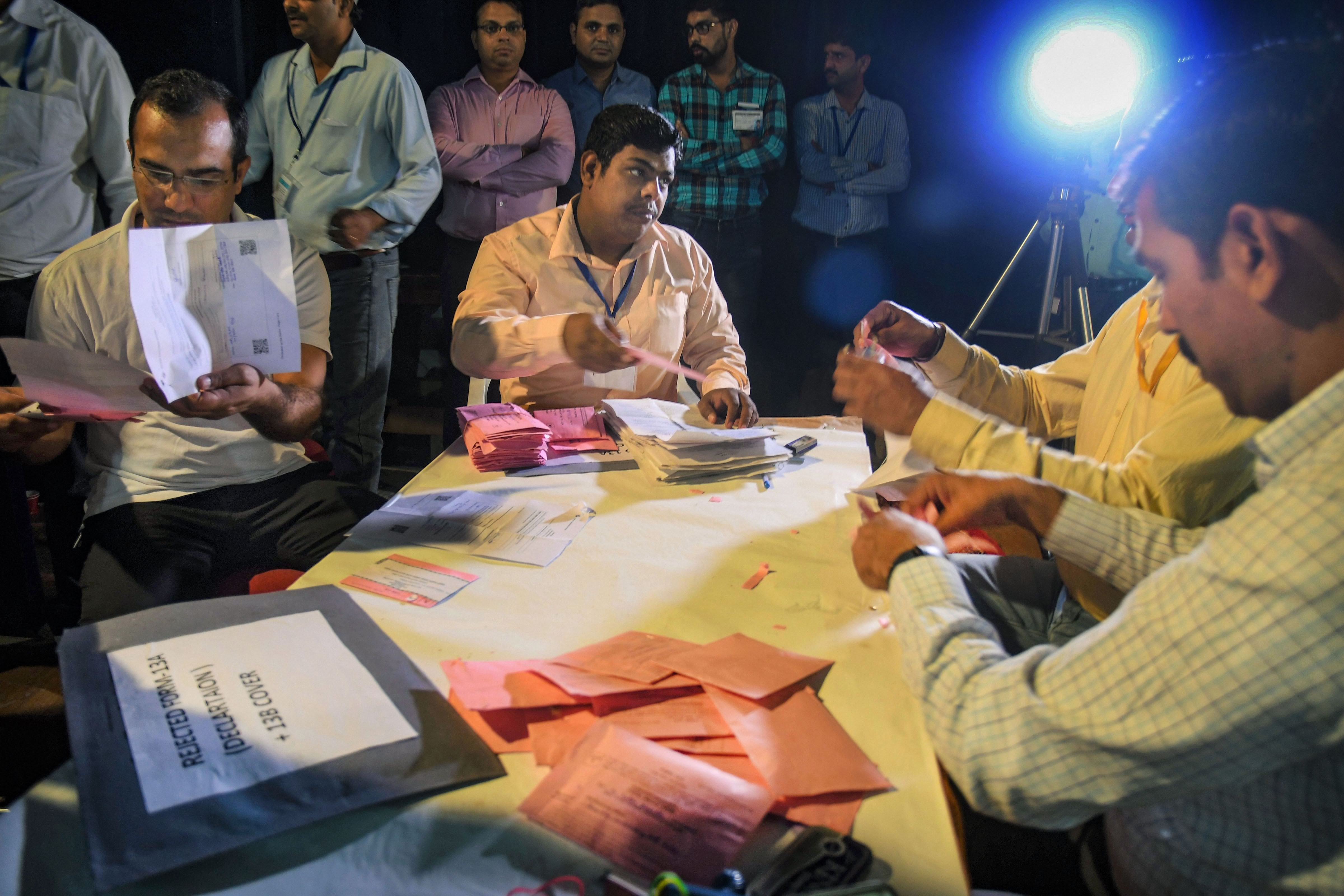 Haryana BJP chief Subash Barala has resigned after election trends showed both the ruling party and the Congress being locked in a tough contest with no one looking set to attain majority on its own in the 90-member assembly.

As per the latest trends, Barala is trailing by 25,090 votes over Jannayak Janta Party (JJP) candidate Devinder Singh Babli from the Tohana seat.

As the counting was in progress, Barala had left the counting centre in between sensing he is losing from Tohana.

The BJP, which had set a target of winning 75 seats ahead of the polls, is leading in 35 seats, while the Congress also is ahead in 35 constituencies. The fledgling Jannayak Janta Party, which fought its maiden assembly polls, is ahead in 10 seats.

If the trends hold, the JJP could likely emerge as the kingmaker and hold the key to formation of the next government.