The mercurial leader also ended up sharing pictures of the meeting on Twitter and the BJP, sore over sudden loss of power, pounced on the opportunity 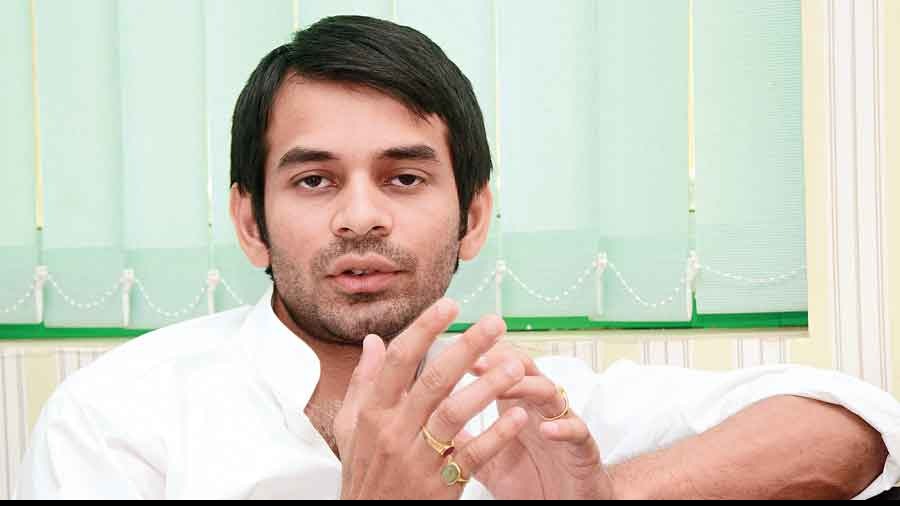 Ministers in Bihar seem to have a penchant for allowing the presence of their close relatives at official events.

The new 'Mahagathbandhan' government in the state is embarrassed over photographs, clicked a few days ago, in which minister for environment, forestry and climate change Tej Pratap Yadav is seen along with his brother-in-law at a meeting with department officials.

According to department sources who did not wish to be named, Shailesh Kumar, who is married to Yadav's eldest sister Misa Bharti, a Rajya Sabha MP herself, had come to the office on Wednesday to congratulate his wife's younger brother upon securing a cabinet berth.

Yadav, never known to be a stickler for norms, asked the brother-in-law to take a seat beside him until the meeting was over and the two could have a chat, they said.

However, the mercurial leader also ended up sharing pictures of the meeting on Twitter and the BJP, sore over the sudden loss of power, pounced on the opportunity.

"It is not at all surprising since whatever may be the RJD's posturing with regard to its politics of casteism and religious appeasement, the party is basically meant to further the interests of the family," BJP spokesperson Nikhil Anand said in a statement.

Anand's remark was an obvious reference to Yadav being the son of RJD president Lalu Prasad and former Chief Minister Rabri Devi and his younger brother Tejashwi Yadav becoming the deputy CM.

However, this was not the first occasion when a minister was caught in such a situation.

Last year, the then minister for animal husbandry and fisheries Mukesh Sahani was in the soup after he deputed his brother to inaugurate a department function since he himself could not attend.