What the bully effect portends for partners after may 23 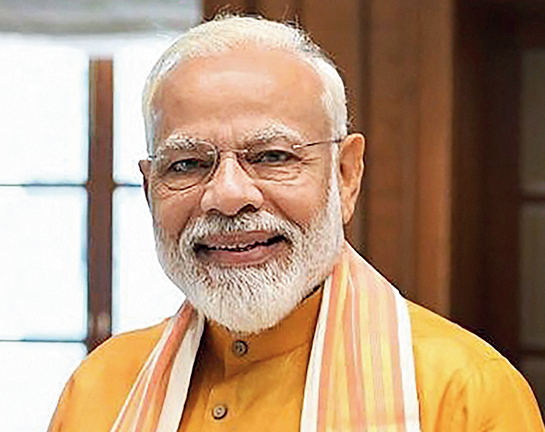 A video clip snowballing all across may contain clues to political consequences in Bihar well beyond May 23.

It shows chief minister and JDU boss Nitish Kumar twisting uneasily in his chair as Prime Minister Narendra Modi holds hands with BJP colleagues on stage and takes the crowd through a shrill “Vande Mataram” drum-roll. Stuck on stage, Nitish doesn’t participate in the chant, but he seems not to know where to look.

The message has been conveyed close to his bone — the BJP wouldn’t flinch from playing a bully ally, and would turn more aggressively on the JDU and the LJP to toe the line. As the Modi shadow looms larger on Bihar, the BJP’s partners — the JDU and Ram Vilas Paswan’s LJP — too are feeling dwarfed and domineered. Modi effect has scathed them too, and might rub them harder after May 23.

Nitish, for instance, has avoided putting out a manifesto this election because the BJP had drawn a few red lines for him: drop commitments to Article 370 and the Uniform Civil Code, and endorse construction of a Ram temple at the disputed site in Ayodhya. Not willing to comply, but not able to defy, Nitish shelved the manifesto altogether.

It’s clear from the tenor of the campaign that Modi is far and away the only leader in whose name NDA candidates are contesting; most often NDA contestants get no mention from the voter, it’s Modi they are endorsing and it is he who is making the difference between victory and defeat. The BJP will bring that factor to bear upon its Bihar allies.

Bihar goes to the polls next year and it may be a cause of some worry to the JDU and the LJP that Modi has come to be established as the overarching electoral factor.

The BJP may, in fact, drastically review ceding exaggerated space to allies — Nitish’s JDU and Paswan’s LJP — and contesting only 17 of Bihar’s 40 Lok Sabha seats.

Privately, senior BJP leaders are already beginning to admit the allies may be a drag on the NDA’s strike rate. In particular the JDU, which was given 17 seats to contest when it had only two sitting MPs.

In effect, the BJP lost five seats even before the polls began because it had 22 MPs in the last Lok Sabha. “Having allies and building a broader social coalition is essential but the distribution of seats was loaded disproportionately against us,” a senior BJP leader here admitted, adding, “It is clear we are much stronger on the ground in Bihar than our seat share suggests.”

The future of the alliance in Bihar — and how seats get shared in the 2020 Assembly polls — would also depend on who secures how many seats in the Lok Sabha polls. The JDU and the LJP are, therefore, keen on their “strike rate” being good. And both are worried about losing out.

The Paswans of the LJP have more to worry, the campaign suggests. The NDA backroom is not convinced Chirag Paswan has won in Jamui, their hope is he may scrape through.

In Samastipur and Hajipur, both reserved seats, the Paswan brothers Ram Chandra and Pashupati Paras, respectively, are fighting against widespread resentment; voices off the trail suggest that in both constituencies people are angry for having been taken for granted by the Paswan clan.

“We are not here to serve the interests of the Paswans who seem to think they are our only choice, they can’t take us for granted,” a Paswan votary at Sarai Ranjan in Samastipur said. In Hajipur too, part of the campaign has taken the shape of a “Pashupati bhagao” tableau. The Paswans are resourceful, and they are backed by the Modi cry, but they have good reason to be concerned.

The slightest dip, and the BJP could begin pushing them to the side. Some have even begun to suggest that if the BJP does better than its partners, it will ride roughshod even at the expense of breaking the alliance and proceeding alone, or with a reworked alliance whose engine is the BJP rather than the JDU.

The prospect that the current arrangement may not work in 2020 is the chief reason Nitish is conveying visible signals of discomfort with the BJP, as he did from the Modi stage in Darbhanga.