European tour backfires on the ground 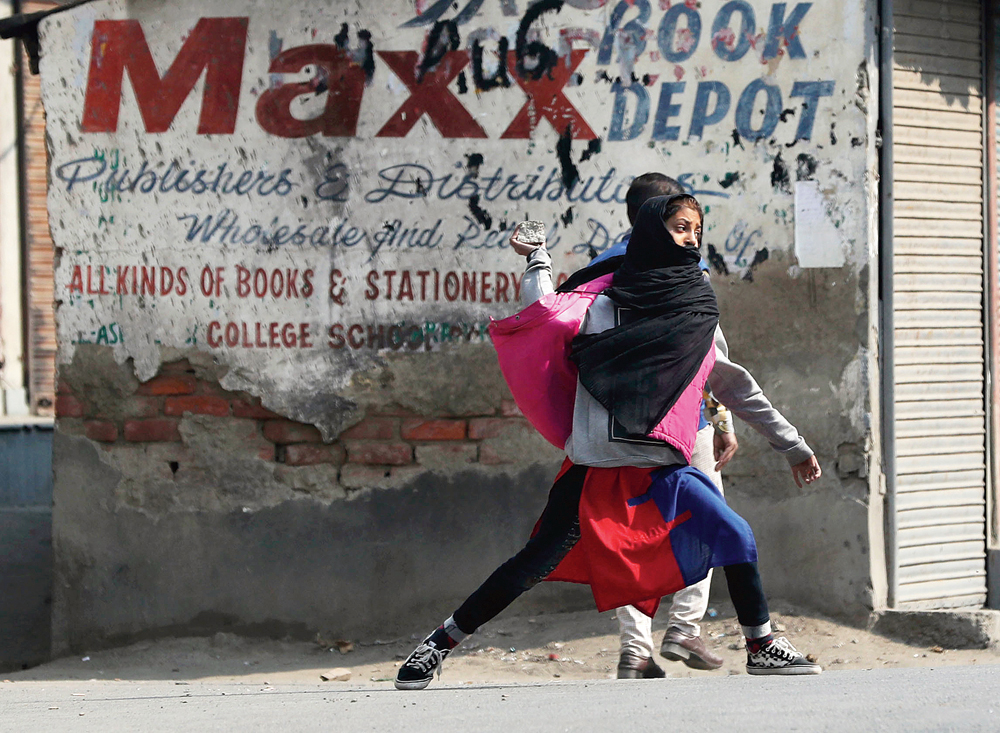 National security adviser Ajit Doval’s European parliamentarian card to present a rosy picture of Kashmir backfired in the Valley as the visitors got to meet only a handful of handpicked — and mostly unknown — men and were greeted by a general strike, street protests and militant violence.

The 23 members of the European Parliament, mostly Right-wingers, arrived in Srinagar for a two-day visit to get a feel of Kashmir following the decision to scrap the state’s special status.

The public relations exercise, organised by an NGO but seen to be a brainchild of the NSA to blunt international criticism, appeared to be turning the objective on its head on Day 1.

The visit took off on an ugly note as four MPs reportedly returned to their countries.

With the government unable to get credible faces to toe its line, the army and the BJP were actively involved in making the tour a success.

Spanish MEP Hermann Tertsch, who was part of the visiting delegation, said in Srinagar: “We are looking for the facts. It is a good occasion to get some views. I do not have enough facts to reach a conclusion. We are conscious of the context. We are also conscious that we were being kept away from some people.”

Reporters could speak to Tertsch despite attempts by police to prevent an interaction.

The first stop for the delegation in Srinagar was the headquarters of the 15 Corps where the MEPs were hosted for lunch by Valley army chief Lt Gen. K.J.S. Dhillon.

The subsequent meetings took place under the watch of the top army officer.

The delegation then rushed to Lalit Grand Palace where around 60 men and women from different groups met them. The groups included the BJP and the JDU, representatives of panchs and sarpanchs, traders and women.

An eyewitness told this newspaper that he could not recognise even a single face except that of BJP leader Altaf Thakur.

“The interaction was held on the lawns. Lt Gen. Dhillon was sipping tea while around 50 to 60 people in groups were simultaneously interacting with groups of the European MPs. It was all hotchpotch, with no order,” the eyewitness said.

“It lasted no more than 30 minutes. Some people talked about unemployment but when one group tried to discuss Article 370, they were interrupted by some officials who gently took them to a side.”

Baramulla resident Tauseef Raina, who heads an NGO and is close to the government, said some 200 people had turned up to meet the visitors.

“I told them that Kashmir wants no more bloodshed and any solution will not come through violence but through meaningful and peaceful talks. I also told them that when the world is concerned with environmental issues, we have to deal with petty politics,” he said.

National Conference MP from Baramulla Akbar Lone, who had arrived in Srinagar to meet the visitors but could not, said: “There is also no offer to hold a meeting with them. They have been selectively brought as part of the conspiracy. They have no credibility. If they had credibility, they would have met all, especially detained chief ministers.”

The Valley observed a complete shutdown during the visit. There were clashes between security forces and protesters at multiple places in which several people were injured.

A flea market at the city centre, reportedly operating with the government’s backing to portray an image of “all’s well”, remained shut, prompting some policemen to remark that even they had ditched the government at a crucial time.

There was also a militant attack on a CRPF bunker in Pulwama near a school where students were taking Class X exams, triggering retaliatory fire.

A woman reportedly died of cardiac arrest during the incident.