BJP pays homage to lives lost during Partition, Congress alleges use of traumatic events as 'fodder' 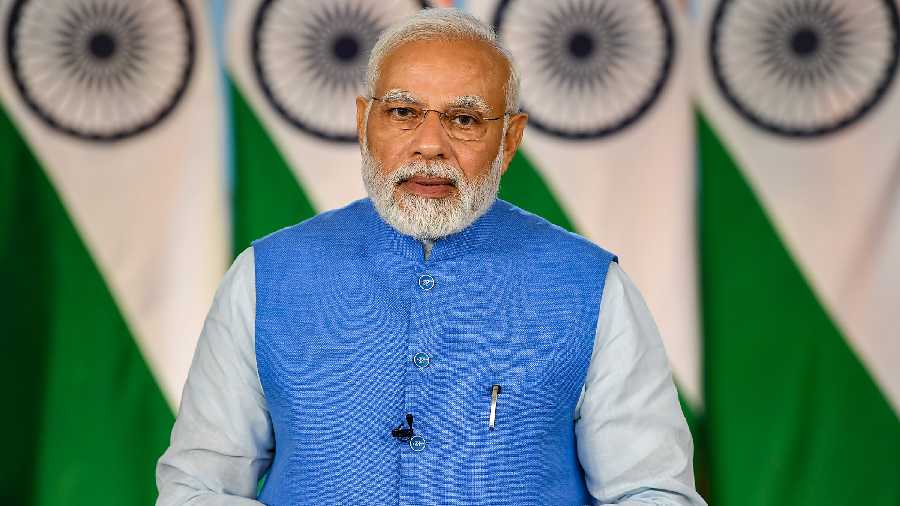 Prime Minister Narendra Modi and other senior BJP leaders on Sunday paid homage to those who lost their lives during the Partition as the Congress accused the ruling party of using the traumatic events as a "fodder" for its political battles.

In a tweet, PM Modi said tributes to all those who lost their lives during the Partition, and applauded the resilience and grit of those who suffered during the tragedy.

Today, on #PartitionHorrorsRemembranceDay, I pay homage to all those who lost their lives during Partition , and applaud the resilience as well as grit of all those who suffered during that tragic period of our history.

He had announced last year that August 14 will be observed as 'Partition Horrors Remembrance Day' in memory of the struggles and sacrifices of people.

The Congress, however, alleged that the real intent of PM Modi to mark August 14 as 'Partition Horrors Remembrance Day' is to use the traumatic events as "fodder" for his current political battles.

Congress general secretary, communications, Jairam Ramesh said that the tragedy of Partition cannot be misused to fuel hate and prejudice.

"The tragedy of Partition cannot be misused to fuel hate and prejudice. The truth is Savarkar originated two-nation theory and Jinnah perfected it. Sardar Patel wrote, 'I felt that if we did not accept Partition, India would be split into many bits and would be completely ruined'," Ramesh said.

In his tributes, Shah said the 'Partition Horrors Remembrance Day' will remind the younger generation the torture and pain suffered by the countrymen and will inspire citizens to maintain peace and harmony "forever".

"The partition of the country in 1947 is that inhuman chapter of the Indian history, which can never be forgotten. The violence and hatred claimed millions of lives and displaced innumerable people. Today, on 'Partition Horrors Remembrance Day', I bow to the lakhs of people who suffered the brunt of the Partition," he said in Hindi.

While announcing his government's decision to observe the 'Partition Horrors Remembrance Day', Modi had noted that millions of people were displaced and a huge number of people lost their lives due to the mindless hate and violence.

BJP president J P Nadda remembered those who paid an unbearable price during the Partition. "We must never forget how politics of selfishness & personal interests led to the Partition & pain," he said.

Today on #PartitionHorrorsRemembranceDay I solemnly remember those who paid an unbearable price during Partition. We must never forget how politics of selfishness & personal interests led to Partition & pain.

The BJP also hit back at Ramesh for his swipe at Savarkar over two-nation theory, with its IT department head Amit Malviya saying that it was first propounded AMU founder Syed Ahmed Khan way back in 1876, much before Savarkar was even born.

Savarkar and the Hindu Mahasabha had, in fact, opposed to idea of the Partition till the very end, he claimed.

Congress leader Ramesh also asked, "Will the PM also recall today Shyama Prasad Mookherjee, the founder of the Jan Sangh, who championed the partition of Bengal against the wishes of Sarat Chandra Bose, and who sat in free India's first Cabinet while the tragic consequences of the Partition were becoming evident?"

To this, Malviya said, "Hussein Suhrawardy, responsible for the Direct Action killings in Bengal, Sarat Chandra Bose and Kiron Shankar Roy demanded a united sovereign Bengal which would neither go to India nor Pakistan but remain independent with Muslim League Govt and remain a Muslim majority province."

Pakistan was carved out as a Muslim country after the division of India by the British colonial rule in 1947. Millions of people were displaced and lakhs of them lost their lives in the communal violence that followed.

India will celebrate its Independence Day on Monday.