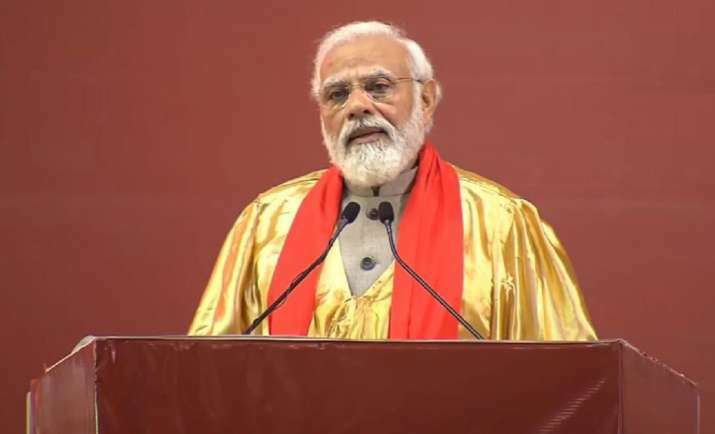 Prime Minister Narendra Modi on Tuesday asked IIT graduates to chooses challenge over convenience and urged them to start working for the kind of India they want in the next 25 years, saying that a lot of time has already been wasted.

Addressing the 54th convocation ceremony of the Indian Institute of Technology-Kanpur, Modi told the fresh graduates that they have to take over the reins of the country.

He said India too had started its new journey after Independence. By the time 25 years were completed, a lot of work should have been done for standing on our own feet but a lot of time has been wasted, he said.

The country has lost a lot of time, two generations have gone by and so we should not miss even two moments now," he said.

He told students that they have to take over the reins of the country's development and start work on it right now.

It is the responsibility of all of you to give direction to the country for the next 25 years, to give momentum to the country," he said.

He said the country is standing on the threshold of immense opportunities , and urged students to take up the responsibility of making use of them.

The students were issued digital degrees through an in-house blockchain-driven technology developed under the National Blockchain Project. These degrees can be verified globally and can't be forged.