We should have given the company time to explain its stand before issuing the order, says drug controller of the state health authority 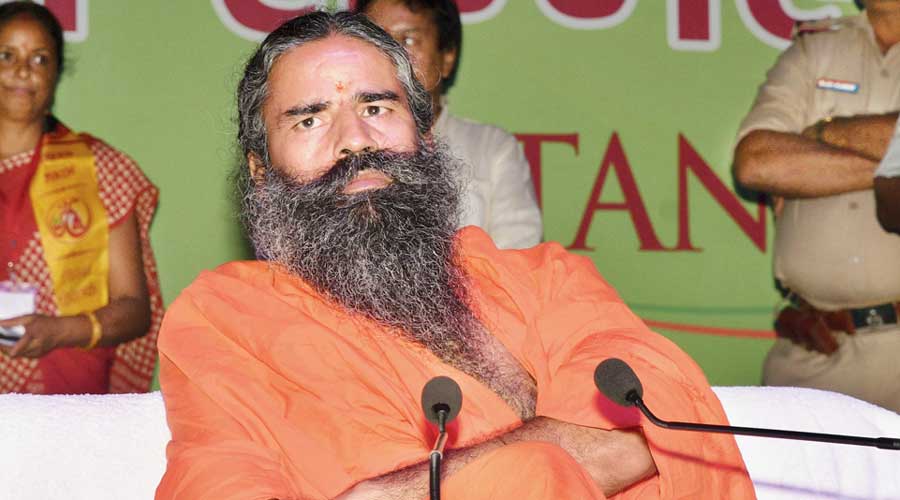 An order asking Yoga guru Ramdev's Divya Pharmacy to stop the production of five medicines for diabetes, blood pressure, goitre, glaucoma and high cholesterol has been revoked by the Uttarakhand Ayurveda and Unani Licensing Authority.

Amending the earlier order, the authority on Saturday issued a fresh one allowing the firm to continue the production of these medicines.

Observing that there was an error in the previous order dated November 9, the drug controller of the state health authority GCN Jangpangi said it had been issued in haste.

"We should have given the company time to explain its stand before issuing the order," Jangpangi said.

Ramdev's close aide Acharya Balkrishna expressed his gratitude to the state government for rectifying the error.

In its earlier order, the Authority had asked Divya Pharmacy to stop the production of five of its products -- Bpgrit, Madhugrit, Thyrogrit, Lipidom tablets and Eyegrit Gold tablets -- which were being promoted as medicines for blood pressure, diabetes, goitre, glaucoma and high cholesterol.

The previous order said the company can restart manufacturing these products only after the authority approves their revised formulation sheets.

The action was taken following a complaint filed by a doctor from Kerala, K V Babu, in which he had accused Divya Pharmacy of violating the Drugs and Magic Remedies (objectionable advertisement) Act and Drugs and Cosmetic Act.

Babu had lodged his complaint against the firm with the Authority in July and followed it up with another via email on October 11.