Today that man has got bail and soon, he would be roaming around openly, the man who mowed you down: Congress leader 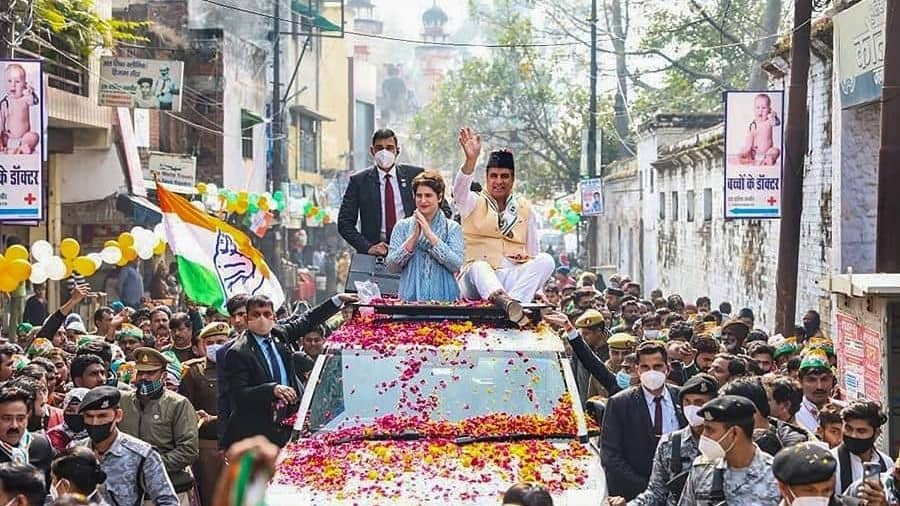 A Prime Minister has a moral responsibility towards the country, Congress leader Priyanka Gandhi Vadra said on Thursday, hitting out at Narendra Modi for not seeking the resignation of Union minister Ajay Mishra, whose son is an accused in the Lakhimpur Kheri violence case.

Ashish Mishra, the son of the Union minister of state for home affairs, was granted bail by the Allahabad High Court on Thursday in connection with the October 3, 2021 violence in the Tikonia area of Lakhimpur Kheri district in Uttar Pradesh, in which eight people, including four farmers, were killed.

"The son of their minister mowed down six farmers but did he resign? Everyone says our prime minister is a good man, then why did he not ask his minister to resign? Does he not have any moral responsibility towards the country?" Priyanka Gandhi asked while addressing a poll programme in Rampur.

"Today that man has got bail and soon, he would be roaming around openly, the man who mowed you down. But whom did the government save? Did it save the farmers? Where were the police and the administration when farmers were killed?" she asked.

The Congress general secretary in-charge of Uttar Pradesh claimed that police were nowhere to be seen at the time of the Lakhimpur Kheri incident but were present to prevent the Congress members who tried to visit the families of the victims and posed no harm to anyone.

"But the father of the man, who did cause harm, stands on stages even today. A prime minister has a moral responsibility towards the nation and it is his dharma to fulfil this responsibility. This dharma is above every dharma. Whichever politician, prime minister or government fails to do this, must be ignored," she said.

"Understand the game that is being played with you. I know that the people of Uttar Pradesh are wise and I have learnt from all of you that you know who works for you. Then why are you getting misled by speeches of casteism, communalism and seeing (videos) on WhatsApp? This is not benefitting you, but it only helps the politicians," she added.

The Congress leader was in Rampur, which goes to polls on February 14, to address a public event. She also took part in door-to-door campaigning in favour of the party candidates.