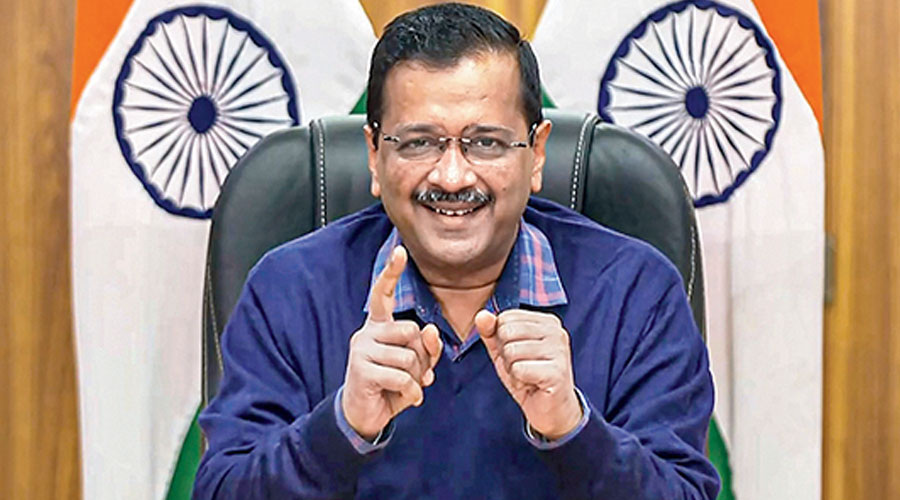 Aam Aadmi Party leader and Delhi chief minister Arvind Kejriwal and Punjab’s chief minister-designate Bhagwant Mann will join a Tiranga Yatra in Gujarat to launch their campaign for Assembly polls in the state later this year, taking a leaf out of the BJP’s book of perennial poll preparedness.

The three-day yatra across Gujarat will begin on Saturday. While the yatra was announced on Thursday, the party revealed on Friday that Kejriwal and Mann would participate in it.

A day after the BJP returned to power in four states, the party launched its campaign in Gujarat on Friday with Prime Minister Narendra Modi leading a road show in Gandhinagar.

Mann met Kejriwal and his deputy Manish Sisodia along with AAP’s Punjab co-in-charge and Delhi MLA Raghav Chadha on Friday.

Mann was unanimously elected as leader of the legislature party in Mohali on Friday evening. He is expected to be sworn in on March 16 at Bhagat Singh’s village Khatkar Kalan in Nawanshahr district.

After the meeting at Kejriwal’s residence on Friday afternoon that began with Mann touching the chief minister’s feet, AAP said in a statement: “The run-up to the oath-taking ceremony and the names of those joining the cabinet were also discussed… It was decided that a road show would be organised in Amritsar on March 13 to thank the public for the immense love and faith they have shown in AAP. Both the leaders would be present in the planned mega road show.”

Mann is expected to stake claim to form the government on Saturday. Other ministers are expected to be sworn in gradually. Preference will be given to the 10 second-term MLAs who stuck with the party despite several splits in the previous term.

The party has a problem of plenty with 92 MLAs in the 117-member House.

A party source said: “There is a vacuum left by the Akalis, which we will fill. Religious Sikh voters will be reassured that we can effectively represent them at the national level.”

As the results came in on Thursday, Mann began his address to supporters at Sangrur with an invocation to “Waheguru” — the name for God in Sikhism. In Amritsar, Mann is expected to visit the Golden Temple with the other party MLAs as well as Kejriwal.

In Gujarat, the party has reportedly got a flood of calls from people seeking membership, and a drive has been launched to recruit cadres during the yatras in different parts of the state.

AAP is keen to displace the Congress as the main national Opposition party.

After Thursday’s results, a good performance in another state can elevate it to a “national party”.