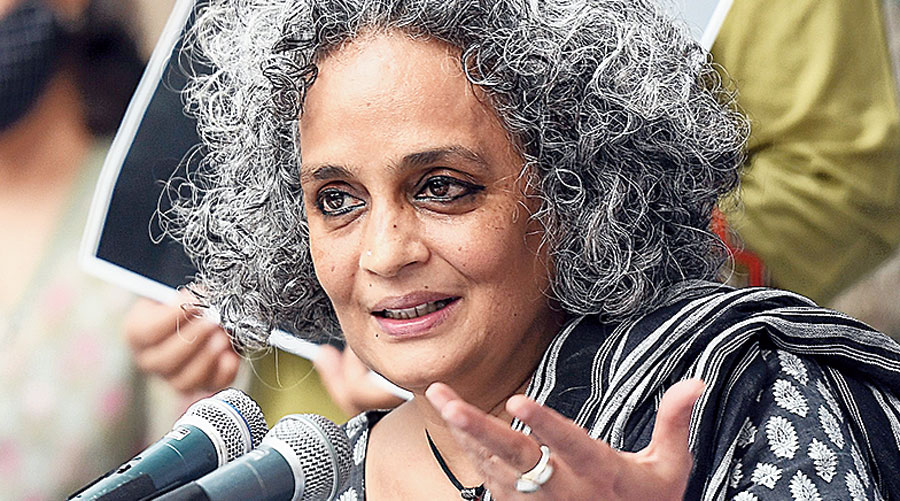 A Tamil Nadu university has removed Arundhati Roy’s book Walking with the Comrades, a critical account of government action against Maoists and tribal people in central India, from its postgraduate English course following objections from RSS student arm ABVP.

A senior administrator of the Tirunelveli-based MS University confirmed over the phone on Thursday that the ABVP had “given a representation” over a month ago for the 2011 book’s removal from the third semester of the course on “Commonwealth Writing”.

The official, however, told The Telegraph that the institution’s decision to withdraw the book was based not just on the ABVP demand but also on similar representations, including one from the university’s syndicate members.

The ABVP had said the book seemed to “glorify the Maoists” and might spawn a “culture of violence”, and that such an “anti-national” book should not be thrust on impressionable young minds, the administrator said.

However, the official added: “Our own syndicate and academic council members too had expressed concern about the book.”

After receiving all these representations, the official said, vice-chancellor K. Pitchumani had appointed a high-level committee to examine the matter. Its members included three faculty deans, the director of the academic council and the chairperson of the board of studies.

In its report, submitted recently, the committee recommended pulling the book from the curriculum immediately, the administrator said.

“It was a well-considered decision; we don’t see this as a threat to the university’s autonomy,” the official said.

Roy’s book had been included in the curriculum in 2017. MS University reviews its syllabuses and texts every three years.

This year’s review, scheduled in April, had been scuppered by the pandemic and the lockdown, and the university had decided to continue with the existing curricula for a year. But the ABVP’s demand seems to have forced the pace for the book’s removal.

Poomani, a Tamil writer who won the Sahitya Academy Award in 2014 for his book Angnaadi, said the university’s decision was “not correct”.

“How did they suddenly wake up (after three years and decide) that this book by Arundhati Roy could foster violence?” he said from his home over the phone.

Poomani said the issue touched on writers’ freedom of expression and underlined that many of Roy’s writings are known for their critical stance against the establishment.

Walking with the Comrades arose out of Roy’s travels through central India’s forests in early 2010. She wrote the book as a series of reports on the government’s operations against Maoists and tribal people against the backdrop of the region’s untapped mineral wealth that corporate houses were eyeing.

The committee that recommended withdrawal of Roy’s book had suggested it be replaced with My Native Land: Essays on Nature by the naturalist, artist, writer and wildlife photographer M. Krishnan (1912-1996).

Krishnan is known for his work on wildlife conservation in India and was part of the Project Tiger committee.

Writers appeal to vote out hate